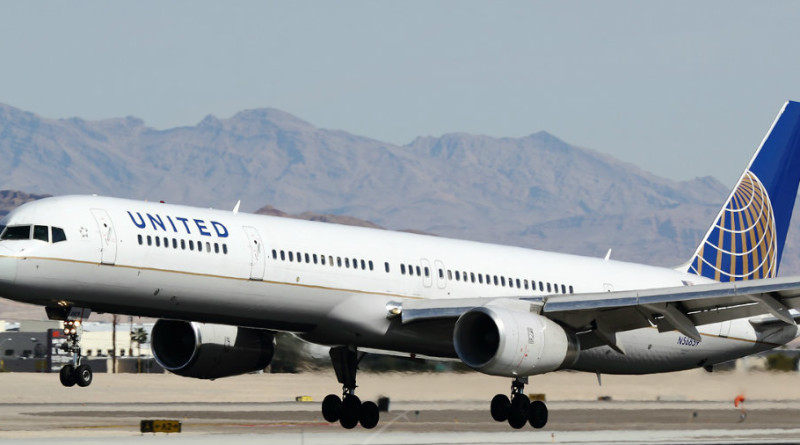 United Airlines has announced its fleet expansion with addition of 213 seater Boeing 757-300. These aircrafts will be plying on its existing routes between Washington Reagan International Airport (DCA) and between its hubs of Denver and San Francisco.

Edward Russell, from Flightglobal reports that currently it is only American Airlines and Delta which are flying the smaller version of aircraft, the Boeing 757-200, but with United’s new aircraft, it steals the thunder from current airlines by operating the largest regularly scheduled aircraft at the DCA.

The move comes because DCA is one of the few airports subject to capacity controls. This means that every airline flying from this airport has only one slot for either takeoff or landing. Since it is not easy to increase the number of slots, it makes sense to change to a bigger aircraft, thus increasing the number of seats or passengers in your allotted slot.

DCA also has a “Perimeter Rule”, which restricts scheduled flights to a distance of 1250 miles or less, however, this rule has been overlooked due to Congress’ action of approving beyond the allowed perimeter flights, thus United has also won rights to two out of its 20 scheduled flights to fly beyond the 1250 miles rule. It currently flies one daily round trip to Denver and one to San Francisco.

Since having more flights on the Denver and San Francisco routes is not possible, having bigger aircraft thus makes business and operational logic. DCA is also able to handle bigger aircrafts flying through its airport, as the landing of Vietnam Airlines Boeing 787 Dreamliner proved in July 2015.

However, there are still some restraints being faced by DCA as its design restricts from handling larger aircrafts and thus a larger number of passengers through its gates, as very few gates can accommodate a 757. There have been instances of 767 and larger aircrafts flown into DCA, but these have been exceptions to the rule, as stated by Kimberly Gibbs, a Washington airports spokeswoman.

However, due to airlines facing hurdles in their growth at the ever popular DCA, they have felt the need to change to bigger planes to meet the ever increasing passenger demand. The increase in footfall at DCA is also confirmed by Russell of Flightglobal. He says that DCA has seen a rise of 11% through November 2015, making DCA’s passenger numbers rise from that of the larger Dulles International Airport.

The Metropolitan Washington Airports Authority that runs both the DCA and Dulles airport have announced a $1 billion construction program which will help the airports meet the increasing passenger demand, without putting any strain on the two airport facilities and ease the passenger congestion it presently faces.