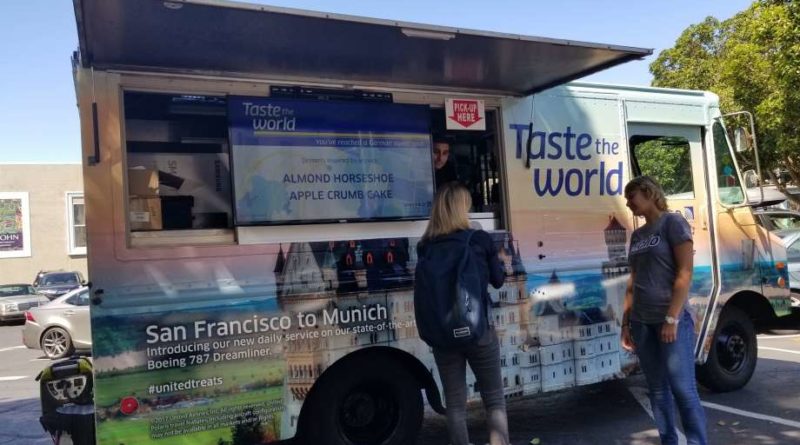 When it comes to testing different things, United Airlines never lack behind. And this time the airline is focusing on winning the heart of the passengers by feeding their stomachs with delicious food items.

Starting from this week only, the branded food trucks of the United Airlines can be seen in New York City and San Francisco.

People can enjoy the services of these food trucks for the next three weeks. It will offer free food to several of the new international destinations especially to SFO and EWR which is the airline’s largest trans-Pacific and trans-Atlantic hubs respectively.

People are not required to buy the tickets on United in order to sample the food. The airline is using this thing to promote traveling to different destinations.

The main reason for the food truck to make rounds is that the United staff want to remind the people that it is the only US-based carrier to serve Asia nonstop from the New York metropolitan region.

However, in San Francisco, the United food truck will only promote the new United route from San Francisco International to Munich, Germany. In concern to that, the truck will serve Horseshoe almond cookies and apple crumb cake on daily basis.