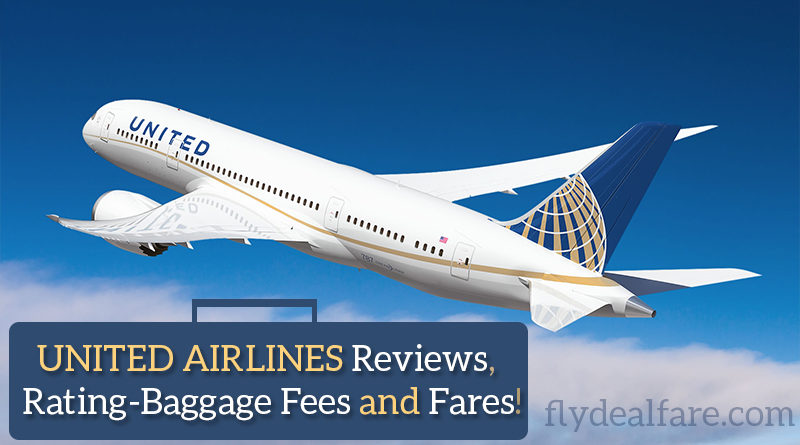 United Airlines, popularly known as ‘United’, is considered as one of the major airlines of America. Having its headquarters in Chicago, it serves the largest number of destinations worldwide. In its present strength, United is a result of a number of different mergers and alliances, starting from the 1930s to the most recent merger with Continental Airlines in 2010.

The airline has a very comprehensive network of both national and international routes, with a very strong presence, especially in Asia-Pacific. United Airlines is one of the founding members of Star Alliance which is the world’s first and largest airline alliance worldwide.

The airline operates more than 5,400 flights on daily basis. It also serves an extensive network of domestic and international flights that includes 319 destinations in 54 countries on six continents. Delta is also one of the four founding members of the SkyTeam airline alliance.

United has nine airline hubs in Houston, San Francisco, Newark, Washington D.C., Chicago, Denver, San Francisco, Los Angeles, Guam. United ferries more than 16.6 million passengers yearly from its Houston location. On the other hand, Chicago-O’Hare airport has the maximum number of departures for United Airlines. United also support a workforce of over 88,500 staff working from its base in Chicago’s Willis Tower.

United Airlines caters to over 78 domestic travel destinations and around 108 international destinations around the world. It connects a number of countries across the globe, including Asia, North and South America, and others. Along with its partners and through its various alliances, United is one of the few airlines which have a vast and extensive network of air routes.

Depending upon your travel destination and thus the aircraft you are traveling in, the travel classes of United will vary. There are basically the Global First Class, Business First, Economy and Economy Plus seats. All travel classes come with over 150 hours of entertainment, be it the latest movies, TV serials, documentaries or kids entertainment. There are complimentary newspapers and onboard magazine facility also available.

The seats can recline into a flat bed up to 6 foot long and comes with complimentary duvet and pillows. The seats also have a BackCycler motion system for more lumbar support and back simulation. The dining experience aboard Global First comes with customized menus with appetizers, salad, and choice of entrees. Apart from snack services, there are a variety of cocktails, beer, international wines and freshly brewed coffee on board.

The Business First seats can turn into flat beds for a more relaxing and comfort filled travel. Complimentary duvet and pillows are also provided for. The dining experience is taken care of by providing the choicest selection of appetizers, salads, entrees and main meals, along with a selection of fine wines, juices, beer and freshly brewed coffee.

These seats offer an additional 5 inches of legroom compared to the regular economy seats. So you have more space to stretch, relax, work or enjoy the onboard entertainment.

Currently, United’s satellite-based Wi-Fi service is available on the selected aircraft. To know whether your next flight will offer you Wi-Fi services, you need to check the In-flight amenities tab of the Flight Status & Information page. Look for the Wi-Fi logo on the side of the plane and the price for the United Wi-Fi service may vary depending on your route.

Passengers can enjoy different types of eatable items in the flight, including the following stuff:

Baggage policy United Airlines includes the following set of rules on the different type of baggage:

I purchased non-refundable round-trip tickets from Boston to San Francisco for my husband and myself. A day before our scheduled departure, I canceled my husband’s flight because he had a bad cold and was coughing too much to get on a plane. In my conversation with United, I was told how to file for a refund. I traveled to San Francisco myself. The direct flight both ways went fine, but the return flight was remarkable. By chance, I ended up sitting next to my sister and brother-in-law who were returning to Boston from the same funeral. After I returned home, I filled out the online Refund form to see about getting a refund for my husband’s ticket. I explained that not only was he coughing too much to get on a plane for six hours but it would have been very inconsiderate to other passengers for him to be hacking away. I am grateful to United Airlines for making a very unpleasant situation (me traveling across the country alone, without my husband, for my cousin’s funeral) as comfortable and pleasant as they could.

I flew from Orlando to Heathrow via Washington. The only problem that I encountered was severe weather which delayed are a flight by 40 min but they turned the plane around very quickly. Even after the delay I still didn’t miss my connection, the second thing was the food on my flight back to London, it wasn’t the best but then it wasn’t horrible. On both flights the ground staff was helpful and informative, also on both flight, the seats were cushioned and had a lot of hip room. The cabin crew on both flights was funny, helpful and informative. The in-flight entertainment has a ton of stuff. The Wi-Fi was easy to access and has good connectivity. The food and beverages are good but personally, I think pasta and mushrooms aren’t the best mixes. Overall, it was a very good value for your money deal.

Little Rock to Kalamazoo via Chicago with United. This was my first flight with my 4-month-old and I was very nervous. The flight attendants were beyond kind and accommodating. We were lucky to be on two flights that were not full and the crew so kindly gave us a spare seat which made our trip significantly less stressful.