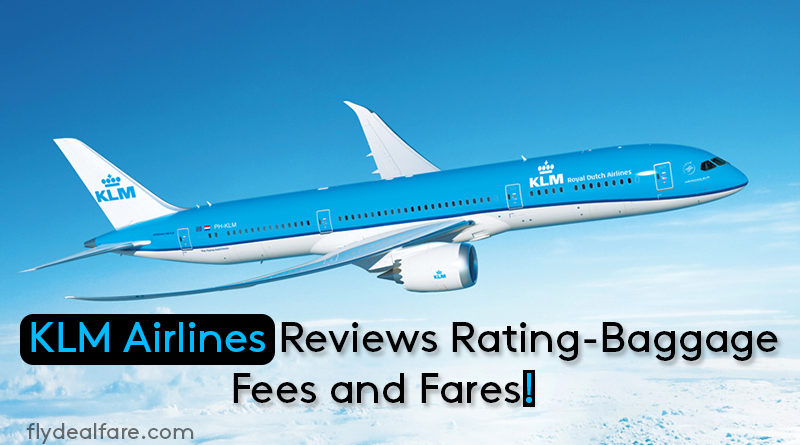 The Royal Dutch Airlines also popularly known as KLM is the national carrier of Netherlands. It is also the world’s oldest airline which is still in operation under its original name. In 2004, KLM and Air France officially merged and formed the Air France-KLM Group, thus forming a partnership which has over 32,000 strong workforces.

After the merger with Air France, the Airlines have proven to be at the forefront worldwide. With its long-standing cooperation with Northwest Airlines, now part of Delta Airlines, the Air France KLM Group has gained a strong foothold in America too. The Dutch Group has linked up with numerous networks in the world. It serves its services to more than 133 destinations in over 69 countries on five continents.

KLM Airlines support more than 100 aircraft in its fleet. Following are the few details of the aircraft and the active number in regards to it.

The first route of the Dutch Airlines was from Amsterdam to London. It carried only two passengers in the year 1920. At present, it offers its passengers to fly over 133 international destinations, in over 69 countries around the world.

It will add the Spanish destination of Valencia and the Italian city to meet its passenger demand from April 2016 onwards.

The Business Class of KLM Airlines is more comfortable with 180 degrees reclinable seats, measuring 207 cm long. With a Business Class ticket, you get more baggage allowance and can avail all luxuries of the KLM Crown Lounges and earn up to 175% Flying Blue Miles.

Passengers can also enjoy a Privacy Canopy, a built-in massage unit, personal entertainment system, In-seat power and a wide selection of international newspapers and magazines to browse through.

Passengers of this class can choose from a variety of dining options of 3-course menu. Prepared by renowned Dutch chefs, the menus offer many eating options and beverages. You may also avail in between meals snacks, from sweet and savory to sinful organic Australian ice creams.

For its short-haul Business Class passengers, the airline offers extra legroom and more recline in its seats. There is also the In-seat power on its Boeing 737-700, -800 and -900 aircraft.

When flying to any European destination of under 120 minutes, the passengers may enjoy delicious cold meals, along with organic yogurts, hors-d’oeuvre or desserts.

For journeys longer than 120 minutes, there is an option of two hot meals available. For all other longer destinations, passengers can enjoy delicious 3-course meals.

The seats are all ergonomically designed, offering a pillow and a blanket, to make your travel a comfortable one. On its long-haul routes, passengers can enjoy more leg space and improved neck support along with the better headrest.

On all long-haul flights, passengers are also served a welcome aperitif with nuts. The passengers are then served with hors-d’oeuvre and a choice of one or two delicious hot meals, accompanied by dessert.

KLM offers the passengers more than 200 movies which they can enjoy onboard. They may watch the latest releases, classics along with the selection of world cinema. The movies can be watched in a number of language options. Apart from movies, a variety of television programs are also available to enjoy. 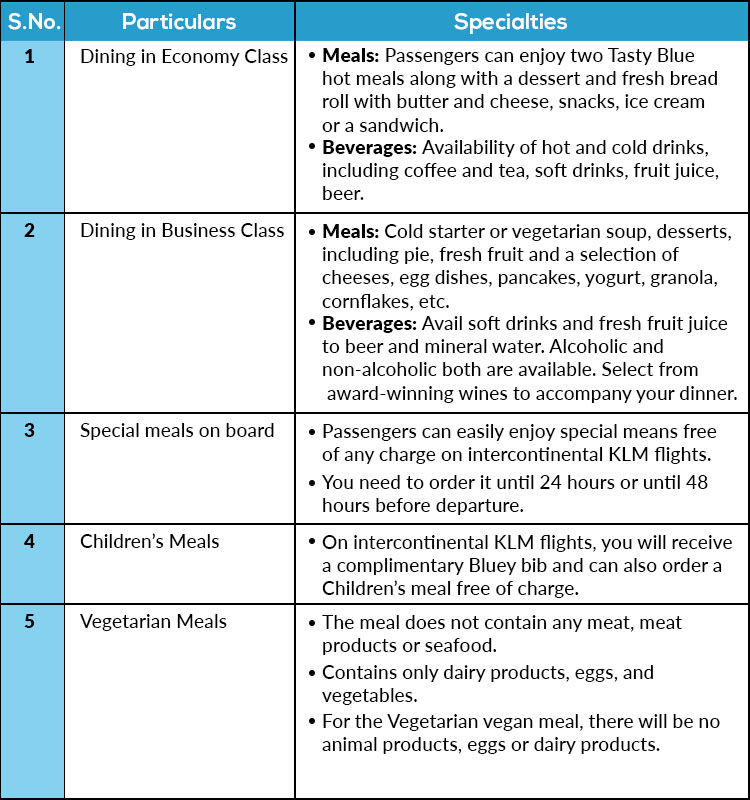 Passengers can easily connect to the airline Wi-Fi services on all of our brand new Boeing 787 Dreamliners and on 1 of our Boeing 777-300 aircraft.

You can easily check out whether your aircraft is equipped with the Wi-Fi, by simply going through onboard.klm.com during your flight. You also have the option of using the Wi-Fi vouchers which you can redeem when the aircraft has reached a certain altitude. 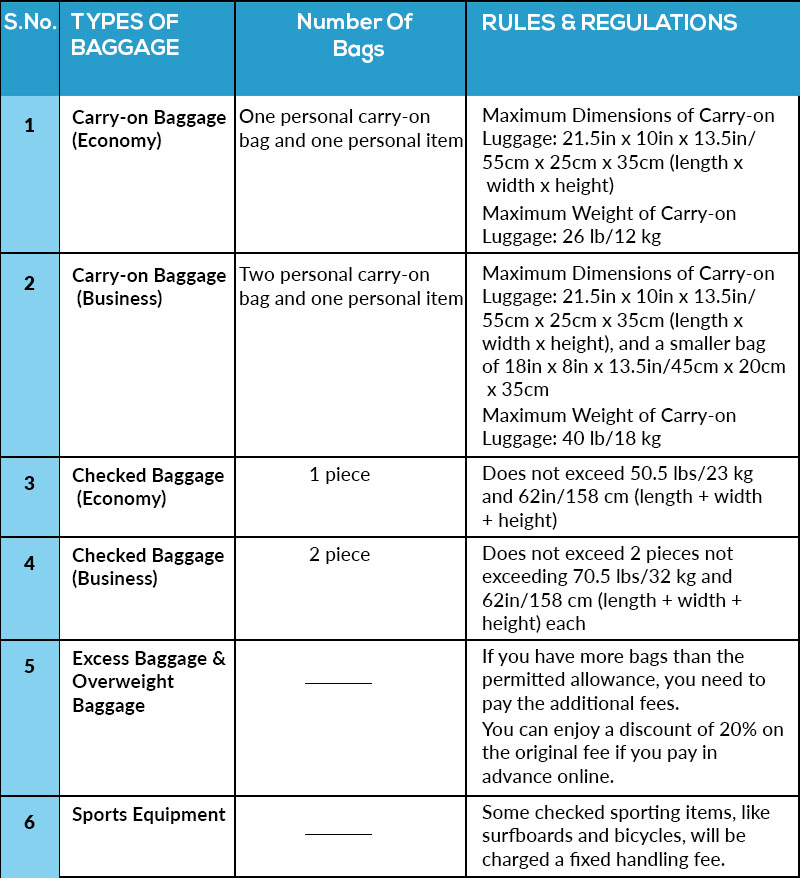 For Economy Class passengers, the KLM Airlines Baggage Allowance includes one bag not exceeding 23 kg. But the passengers are allowed to carry two pieces of check-in baggage if they are traveling to the Caribbean, Indian Ocean, and other destinations.

Coming to the KLM Airline review, the following are few of them:

I flew from Warsaw to London via Amsterdam. It was the first time; I was flying with KLM since 1988. It was very easy to check in online. I had to wait until the check-in desks opened. At this point, there was no formal queuing system, so it was a bit chaotic. We were in the departure lounge within minutes. The aircraft was clean and seats were comfortable. Cabin crew was very friendly and courteous. A full bar service was available. I was particularly pleased to see KLM is very proud of its Dutch heritage – even the plastic cups have the KLM emblem, a clog, a tulip and a bicycle on them.

I flew from Santiago de Chile to Amsterdam via Buenos Aires. I found the seat very comfortable, wide and long enough to support a few hours of sleep, including the soft pillow and the blanket. In-flight entertainment, there were a large screen and good selection of movies and content. The availability of noise-canceling earphones not doing their job very well but it happens in most airlines, therefore, audio was not amazing. Impeccable service, the attentive crew made the whole journey pleasant. Food was good, nothing to remember but above many business class products on the same route, the old starter was good and the chicken was soft and juicy. The only small disappointment was the amenity kit – different between ladies and gents: the gents one is basically an empty bag with socks eye mask and toothbrush, no lotion nothing. And the nice little touch of the Delft house is always a plus for KLM.

Long haul flight from Amsterdam to Tokyo with KLM. We paid a bit extra to have Economy Comfort seats. While Premium Economy (which is offered by other airlines) is usually a different service class with more generous seats and slightly better service, Economy Comfort seats are standard economy seats with more legroom and 50% more recline (on long-haul flights). The service is exactly the same as in Economy. However, Economy Comfort seats are usually much more affordable than Premium Economy seats. We thought that the extra money was well worth it on this long flight. But the highlight of the flight was not the seat, but the excellent and very attentive service of the flight attendants. We will definitely take KLM again.