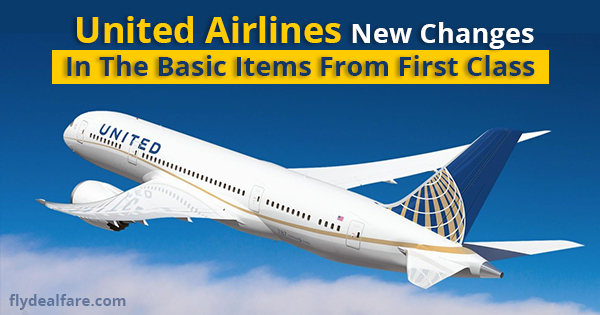 It is true that airlines always working on to find ways to save money and generate different ways to charge from the passengers.

Everyone feels happy to fly through the First Class rather the cost attached to it is quite high.

However, United Airlines appears to change its mind about giving all its First Class passengers that warm feeling inside.

United has decided to save a few nickels and a dime on its First Class food offerings – revealed by qukslvr619 on FlyerTalk.

Well, talking about the other airlines of the same category, they are trying to make their meal options more fascinating and appetizing. And some of them are even offering certain food items totally free of any charge.

One of the potential reasons behind this is may be that the airlines are dipping their First Class fares so that more people will actually pay for them.

Often, the First Class has a healthy selection of upgraders, rather than those who have conceded that First Class is really worth dedicated their actual cash too.