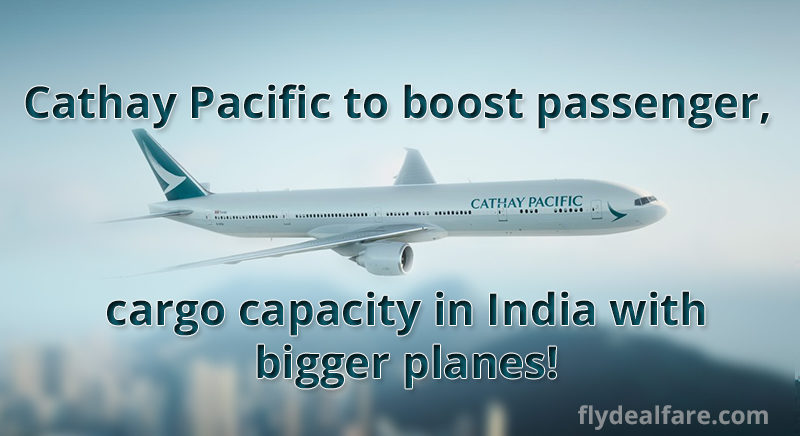 The executive of a senior company told Reuters that the Cathay Pacific Airways of Hong Kong is planning to increase its passenger and cargo business in India.

The regional general manager for South Asia, Middle East and Africa, Mark Sutch said that the Cathay Pacific operates a limited number of flights to India due to bilateral constraints. But, now it plans to fly bigger planes between Mumbai and Hong Kong to boost its passenger and cargo capacity.

There are two markets to connect India and China, where Cathay saw a big future. “The Indian economy is pretty lively and here its development is significantly higher than many countries,” said Sutch.

But, due to the lack of poor fuel hedges and budget constraints, its competitiveness has been damaged.

Sutch added, “Our yield year-on-year is certainly not strengthening in India. It is very much under pressure but not as much as some of our other key home markets.”

The Cathay plans to boost the passenger and cargo business in India but bilateral sanctions allow it to operate only 48 flights to India.

Sutch said, by the end of October, the Boeing 777 aircraft will fly between Mumbai and Hong Kong, which will increase the capacity of passengers by 21% and cargo by two-thirds. Cathay also plans to do this in more cities.

The increased capacity will help in growing the passenger business in India. Sutch is also planning to increase the load factor of passenger flights.

Cathay has 25 freighter flights a week to India, which carry the consumer electronics such as mobile phones, garments and pharmaceuticals out of the country.