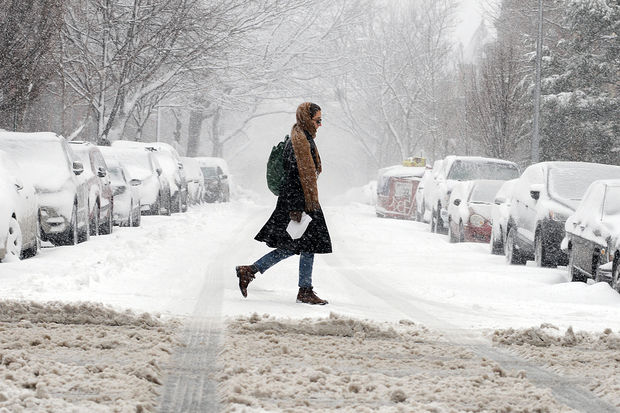 A bad weather can be a great threat when it comes to air travel. The same situation we witnessed recently when an acute snowfall attacks the northeastern region of The United States. A number of U.S. airlines were canceled due to this which ultimately creates an unfavorable situation for the passengers too.

Last Tuesday, a total number of 6500 flights were merely canceled, according to a tracking service. All the major airports like the LaGuardia Airport, John F. Kennedy International Airport (JFK), and Newark Liberty International Airport all are fully set to tackle this situation by canceling their most of the flights on a particular day.

National Weather Service forecasts the storm and bad weather on Monday only and also mention snow up to 2 feet (60 cm) in some of the Northeast regions; due to which these cancellations take place. All these predictions were made in the various regions of New York City.

One of the travelers has mentioned his aggression by saying that he would blame the meteorologists and scare tactics for announcing 12 to 18-inch totals.

Reducing the flight hours and timings before the storm inlets help the airline authorities to re-allocate the crew members which in turns lead to lesser flight cancellations in total after the storm.

Early canceling of flights also serves great for passengers as they don’t need to go through unwanted visits to airports. All this also imparts numerous options for travelers to rebook their tickets.

The United Airlines Spokeswomen Erin Benson gives a statement; “Safety of our employees and customers is at the top of our list.” Although these cancellations let the officials get prepare for the operations which should be carried out after the storm.

These delays and cancellations not only affect the significant routes of passengers, but this also increases the total cost of the airline authorities too while re-routing and the re-booking process of passengers.

This issue has also become the topic for a chat for investors on Tuesday as the share market has gone through a big changeover, the shares of American Airlines Group Inc, JetBlue Airways Corp, Delta Air Lines Inc, and Southwest Airlines Co. all have ended the day at 2 percent lower businesses whereas the Dow Jones U.S. airlines index (DJUSAR) ended up at nearly 3 percent lower grades on a particular day.