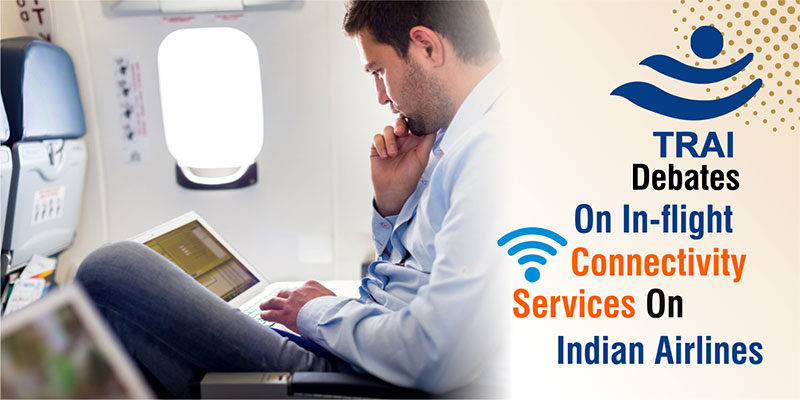 Currently, no single Indian Airline offers the internet or mobile communication services on domestic flights within India, as per a report.

TRAI, the Telecom Regulatory Authority of India has held an open discussion on the in-flight connectivity onboard Indian airline carriers.

This public meeting was held to discuss policy, security and licensing issues related to the provision of internet and mobile communication services.

RS Sharma (TRAI Chairman) has stated that “There are no technical issues as such. The technology is there. There is in-flight connectivity in many countries around the world.”

It is just that there are some other issues which relate to the licensing regimen of our country, along with the framework relating to policy.

Another issue is the Security which is also an extremely important consideration.

In this meet, TRAI also discussed the spectrum rights and licensing provisions for the operation of mobile services in the air.

According to the “Digit” report, there are several international players who have expressed their interest in the provision of in-flight internet services in India.

It is also suggested to create a separate category for IFC service providers to permit IFC services in the Indian airspace, on airlines registered in India.