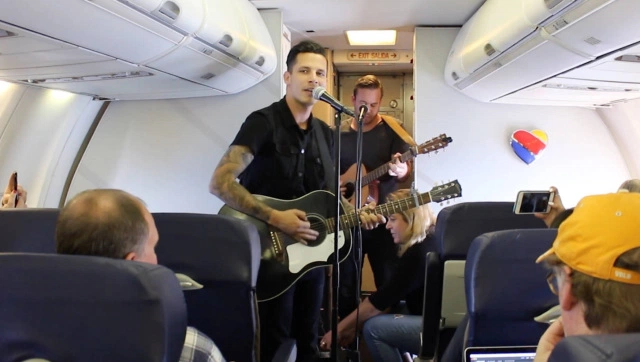 Passengers can soon enjoy in-flight midair music concerts if they are flying through the Southwest Airlines.

The airline is bringing the live midair concert for the travelers of the selective flights. It can be said as the promotional move by the airline which is already attracting the attention of social media.

Devin Dawson (Country star) has recently performed on a flight from Nashville to Philadelphia.

According to the SFGate, the carrier has announced a deal with Warner Music Nashville in order to continue the “Live at 35” in-air concert series.

Southwest Airlines operates more than 1 million flights on annual basis and has planning to host around 20 in-flight concerts per year. On the other hand, some passengers voiced concerns on social media that the music would be disruptive.

There are no details regarding the band to be performed or the flights which can enjoy this thrill till now. As of now, Southwest hints Live at 35 will take place on roughly 20 flights a year.