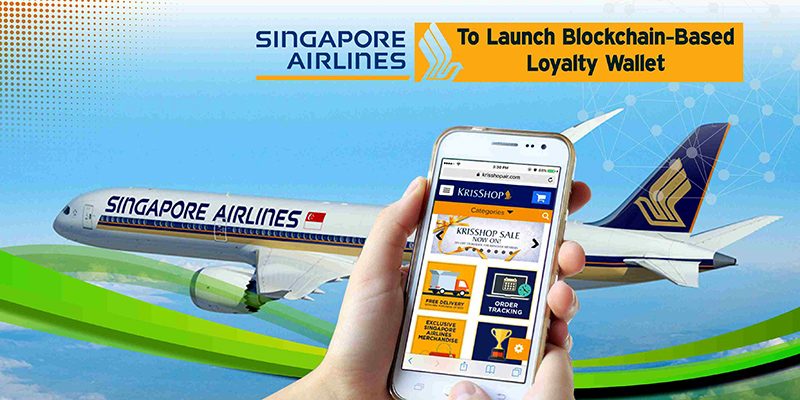 To boost spending of its loyalty program miles, Singapore Airlines operator is turning to blockchain technology.

It will launch a digital wallet for its frequent-flyer KrisFlyer program in six months. This will be powered by a private blockchain. – The airline announced recently.

This facility of blockchain-based wallet will let you spend your air miles at retail partners for point-of-sale transactions, but you need to be a member of the program.

As per the company, this new initiative comes after a successful proof-of-concept trial in partnership with KPMG and Microsoft. Plus, it is signing up retail merchants to join the blockchain-based service.

This new project presents a perfect example of using the blockchain technology to enhance the operations of airlines and airports.

Australia’s Brisbane airport is rolling out bitcoin payments across some terminal shopping and dining facilities.

On the other side, US airline Surf Air has also mentioned that they have plans to accept cryptocurrencies for ticket payments. Along with that, Russian airline S7 is also exploring blockchain technology for the issuing of flight tickets.