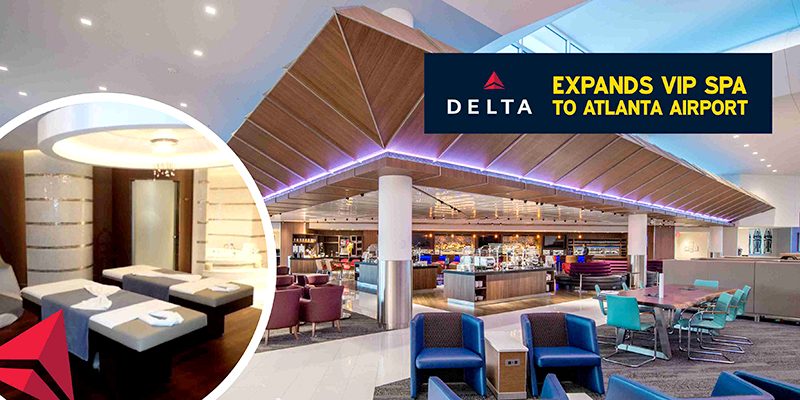 America’s Delta Air Line has introduced a new Investment scheme for their VIP travelers in Atlanta.

The lounge is not free at all. The price range starts from $25 (for 25 minutes on the “Deepak Chopra Dream Weaver”) to $100 (for a 45-minute signature massage) however travelers can also be paid via airline miles.

Claude Roussel (Managing Director of the Delta Sky Club), said in a news release that the spa is a way to “continuously elevate” the experience at the club at its Atlanta hub. Delta’s lounges have received the wide honor, with Seattle’s 21,000sqf Sky Club being named “North America’s Leading Airport Lounge” for 2017 in The World Travel Awards.

The Puget Sound Business Journal gives the detail that it was the Atlanta-based airline’s 2nd honor for the club following an International Yacht and Aviation Award in the airport lounge category in May.

Delta has invested millions in its Club experiences over the last 18 months. It includes expansion of Sky Club at Raleigh-Durham International Airport, the opening of new flagship clubs in Atlanta and Seattle and renovations in Newark and Minneapolis.