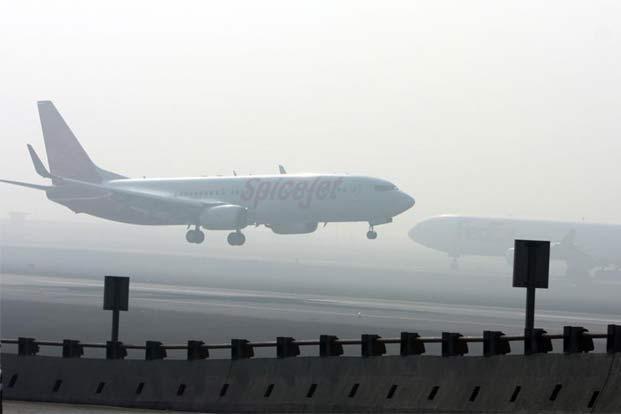 At Indira Gandhi International Airport (IGIA), the fog played havoc which leads to delay, cancellation and diversion of more than 200 flights into and out of Delhi.

The density of the fog can be examined by the fact that the runway visual range decreased to 50 meters at the IGIA on the New Year’s Eve.

Normally the take-offs from the airport required a minimum visibility range of 125 meters. And Delhi Airport is considered as the busiest airport in the country (with more than 1,100 flight movements per day).

Based on the figures, around 150 flights were delayed, 50 were diverted and about 20 were canceled too. The condition is so worse that between 7.30 am and 11.05 am, no flights could take-off from Delhi for nearly four hours.

Known as CAT-IIIB system, IGIA has advanced technology for low-visibility landings. This lets the aircraft qualified to land in the visibility of 25-50 meters could arrive here.

RK Jenamani (Director of Indian Meteorological Department, Delhi) said that “This is so far the worst fog we have experienced this year,”

As per the reports, around 140 flights were delayed and 94 were due to weather conditions. This resulted in poor runway visibility in the morning hours

Anyhow, operations were restored to normal after the visibility improved to 2,000 meters later in the day. But it was a tough day as the consequential delays were normal, including a waiting time of up to six hours.