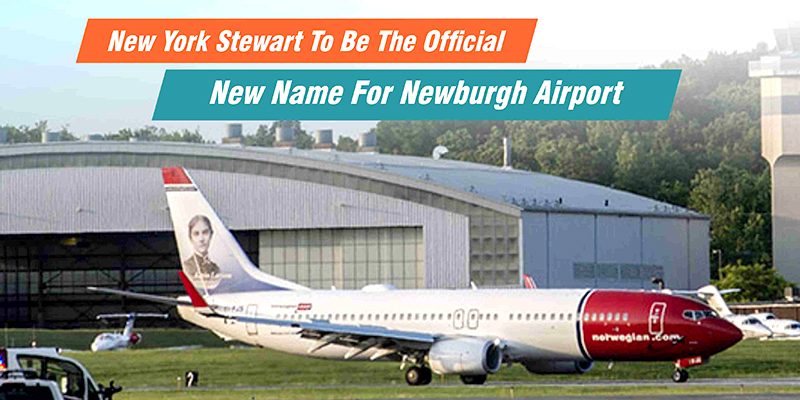 Recently, it was in the news that Stewart international will go under the name change. Now, it is Official that Newburgh, New York Airport is getting a new name.

The Airport is typically shown up on booking platforms as Newburgh, N.Y., or Stewart/Newburgh.

But now the officials of New York Stewart are expecting that the Airport will fulfill its potential for the New York City metro area as a secondary airport.

U.S. carriers such as Delta, JetBlue, American and Allegiant are currently serving the airport but its traffic numbers have fluctuated up and down over the past two decades.

Some of the growth rates was spiked by Stewart’s new carrier, Norwegian Air which started flying in 2017. The low-cost carrier from Europe added five destinations Bergen, Shannon, Dublin, Edinburgh and Belfast.

Norwegian has started marketing the Airport as “New York-Stewart” which is an initiative to help its European Customer base understand the Airport’s closeness to New York City.