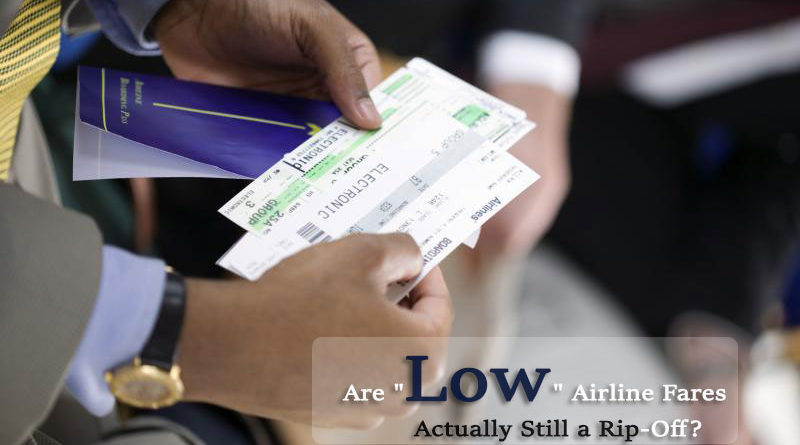 Top Airlines like Delta, United, and Frontier share a very common bond. That is, every single airline competes to enhance their business by attracting more and more traffic through the introduction of multiple attractive deals.

Most of the airline companies introduce a number of pricing brackets to fill more and more seats. Basically, the airlines make the whole process of booking complicated and confusing for the passengers by attaching numerous price points with the different classes, including the First Class, Business Class, Premium Economy, Economy standard, and even Basic Economy.

The majority of the travelers think that they are attaining good deals but there is always an extra fee which comes back to bite you.

Following few points will help you understand that how the airline companies make a good balance between their customers and their profits, in short how airlines make money through “YOU”.

A number of passengers think that waiting until the last-minute or grabbing the last minute flight deals can help them gain good deals and also let them save a good sort of money on flight deals. But in reality, it is not true at all! In fact, the truth behind that is totally opposite because the airlines make more money by selling their 20 percent of the remaining seats at a higher cost as compared to the selling of tickets at a discounted rate. As a result, the airlines attain remarkable profits at the end.

Talking about the United Airlines, it announced last year only that the Basic Economy ticket holders have to pay extra in case they wanted to put their carry-on stuff in the overhead bin.

The basic economy class in the flights is only there to attract travelers who want to save money. However, there are very fewer perks that comes with it. And the passengers are not allowed to change their tickets or choose their seats, once they purchase them. In case, you cancel your trip, there is no facility of refund and all.

In addition to that, if your respective bag does not fit under your seat or on your lap, then also you have to pay an additional fee of $25 which is concluded as the gate handling fee to check your bag into the plane’s luggage compartment.

Airlines like Spirit and Allegiant airlines also charge for carry-on luggage from the passengers.

Talking about the Southwest Airlines’ recent slogan i.e. “Bags Fly free”, well! This slogan of the respective airlines is there for a reason as the airline wants their passengers to get aware of the extra savings.

Nowadays, the majority of the airlines charge for each extra baggage you are carrying. These fees are generally started around $25 and can end up to $150. It all depends upon the number of baggage and other stuff, you are bringing up with you.

The WEIGHT factor also plays a major role when it comes to check-in baggage and the charges attached to it. It can raise your overall cost of the trip.

Hence, the best way to avoid these types of consequences is to use the rule of thumb i.e. Pack light so the airlines can’t nickel and dime you.

Many people are so attached to their four-legged friend that they prefer to take these with them wherever they go. But when it comes to the air travel, it will make you pay more.

Generally, taking your pets on the plane with you can make you pay a fee of around $70 to $150.

If you want to check your pet and its crate into the underneath compartment, then you have to spend even more i.e. a whopping amount between $100 and $200 (each way).

There are a number of guidelines attached to the traveling with pets on planes, including the packing extra stuff, spending some extra coins, making a health certificate and more.

There are times when passengers need to pay more in order to get their favorite seat or the window seat. Rather it involves only a small amount around $25 to $50, but you have to pay if you want your desired seat.

Many a time, this fee isn’t even noticeable as these are not tacked on separately. But talking about the airlines, these do make big profits by charging higher rates related to seat preference in international flight, which the airlines believe are more desirable.

When it comes to getting best ever fares and save as more as possible, then using the Google Flights could be the best option to book your airfare.

Google Flights will let you get the best prices as it will show you all the required information related to the best days to travel or the best airline to pick as per your route and other necessary details. This is also very easy to use also.

Starting from the first page, it will give you details of some popular destinations and the best deals on them.

All you need to do is to pick a city and click the date area to bring up a calendar. After that, the daily prices for the next few months of tickets will show to you so that you can see at a glance the cheapest days to fly.

In addition to that, you can also filter the information and have a look at the number of stops, price range, airline, preferred flight times and more.

After you make the selection, the list of airlines for that route will provide to you. You can choose as per your requirements whether you want a low-cost airline with reasonable departure times and the fewest stops.