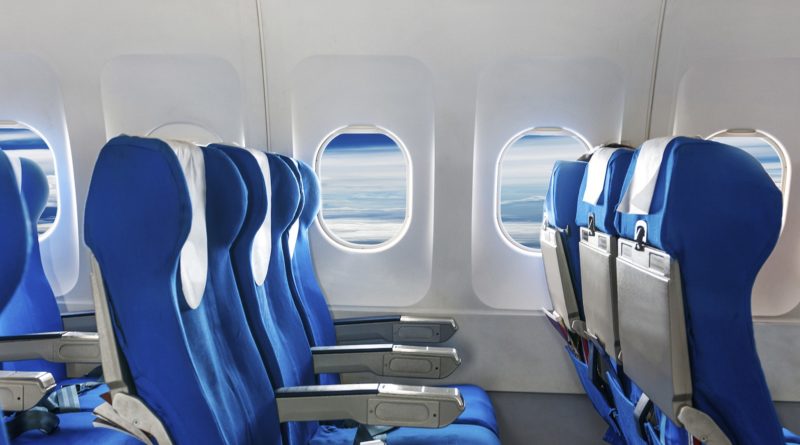 A number of people travel through the flights but they may or may not notice that the seats on many modern day aircraft are blue in color.

According to Color Wheel Pro (a software website), the color blue “slows human metabolism and produces a calming effect.” Also, the color is associated with tranquility and sincerity.

According to Russian scientists, the combination of green and blue is perfect for the color of seats in the airplanes and you can even find the same color in cockpits of Russian fighters.

The experts at Color Psychology website also make a statement: Blue is a color that suggests peace as it represents the color of the calm sea and the clear sky which reflects inner serenity, calm, and clarity.

The secrets of an airline are always a mystery to the common travelers and there are a number of secret codes from the life of a pilot to the flight attendants.

Not only the seats, it was recently revealed that even the color of the interior of a plane is also there for a very specific reason.

In the early years of the 1970s and 1980s, a trend can be seen in most of the airlines to install red seats in cabins but they were removed later. The main reason behind this was that the red color is considered as one of the warm colors and is thought to spark hostile and angry emotions in passengers.

Basically, there are a number of reasons behind the blue color of the airline’s seats. Here, we are discussing some of the reasons regarding why airlines seats are blue in color:

The blue color is considered as one of the best dirt hiding colors but obviously, there are a number of other scientific reasons behind the choice of color.

The main reason for the popular shade of deep blue is that it produces calming chemicals in the body which automatically lessen the chance of plane rage and creates a sense of well-being. The colors affect our moods and it is said that blue color as compared to red causes the body to produce calming chemicals.

Blue is also shown to slow heart rate and breathing and help in soothing your body. So, it can be a good color to aid in meditation or relaxation.

Air travel is a stressful experience for many people, so there is a need of a calming color in the cabin. With delays and nervous fliers, it can make the passengers feel safer and calmer.

Airlines believe that the shade of blue will also help passengers feel cooler and help them to absorb more wavelengths of light which add coolness to the ambiance.