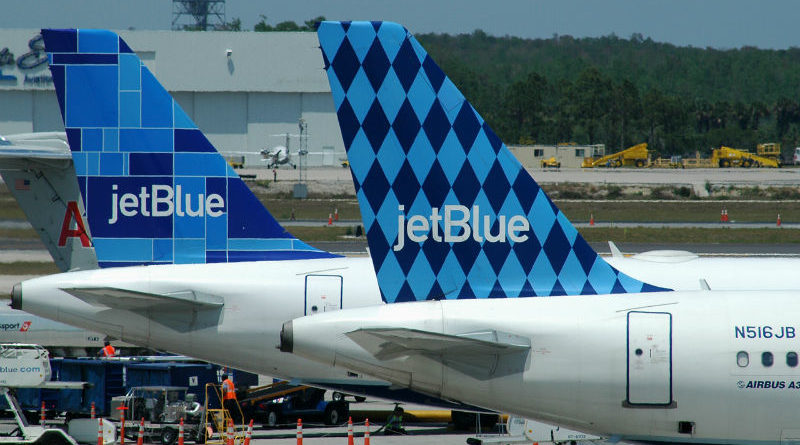 JetBlue Airlines recently announced that it doubles its daily flight services to Atlanta on Thursday.

This new service tends to begin from 8th of March, 2018 and will also include a round trip service to Atlanta from New York JFK International Airport and Orlando, Ft. Lauderdale.

In addition to that, the airline is also offering tickets on its new flights for an introductory price.

As per this new service, passengers will enjoy twice daily flights from New York and Ft. Lauderdale. And for Orlando, there will be one flight per day to Atlanta.

Marty St. George (JetBlue executive vice president for commercial and planning) has said in a statement, “We are excited to bring our award-winning service and low fares to even more markets from Atlanta.”

He added, “Customers flying between Boston and Atlanta have shown a strong appetite for a competitive option like JetBlue, and we anticipate we’ll see the same for the New York, Fort Lauderdale and Orlando routes.”

One of the world’s busiest airports is the Hartsfield-Jackson Atlanta International Airport and it is also a fortress hub for Delta Air Lines. In the year 2003, JetBlue attempted to crack the Atlanta market but unfortunately, the carrier only lasted a few months before competition from Delta. At last, the highly challenging business environment forced it to scrap those plans.

Now, it seems like the airline is back with a bang. As the airline has re-entered the Atlanta market in March with five daily flights out of Boston. And by the next year, the airline is expected to introduce 10 more daily non-stop flights to the world’s busiest airport from four destinations.

On the other hand, its biggest competitor Delta AirLines operates more than 1,000 daily departures out of Atlanta to more than 200 destinations around the world.

As per the sources, all the JetBlue flights into and out of Atlanta will be on its fleet of Airbus A320 airliners and it will also feature unlimited complimentary snacks, free Wi-Fi, and 36 channels of satellite TV.