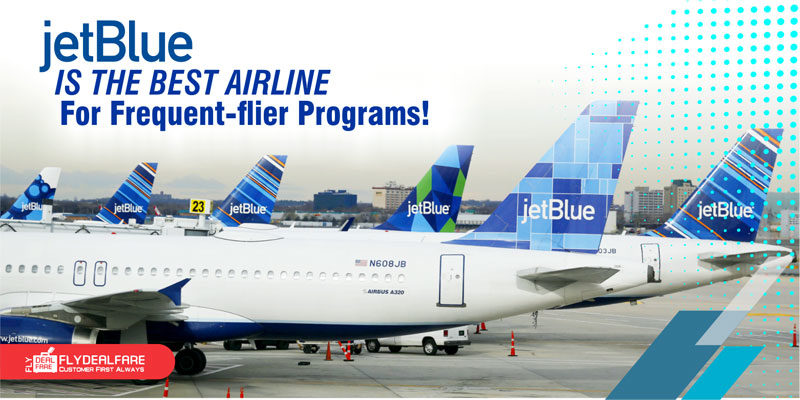 When it comes to customer satisfaction, JetBlue Airways’ frequent-flier program always blinks at the top.

This is based upon J.D. Power’s 2017 Airline Loyalty Program Satisfaction Study. It has rated airline customer satisfaction for years. And this latest study is specifically based upon airline loyalty programs.

With the study of overall loyalty programs 2017, it has been found that the overall customer satisfaction depends upon the earning and miles redeeming offers of the customers. Plus, the points (not only on flights) and stuff like restaurant meals out or renting cars.

It is quite surprising that other perks like waiving a same-day change fee or awarding a top-tier frequent-flier status also affect the user’s satisfaction with the program.

According to J.D. Power, based upon the individual airline ratings; JetBlue’s “TrueBlue” is chosen as the best of six U.S. loyalty programs it looked at.

Coming to scores, JetBlue’s program earned a score of 800 on a 1,000-point scale. Alaska Airlines Mileage Plan holds the 2nd spot with 796 points and 3rd spot is captured by the Southwest Airlines Rapid Rewards with 793 points.

In a statement, J.D. Power mentioned that its study measured member satisfaction with the loyalty programs based on four factors. These are earning and redeeming rewards, account management, member communication, and overall program benefits.

Talking about the other major airlines: