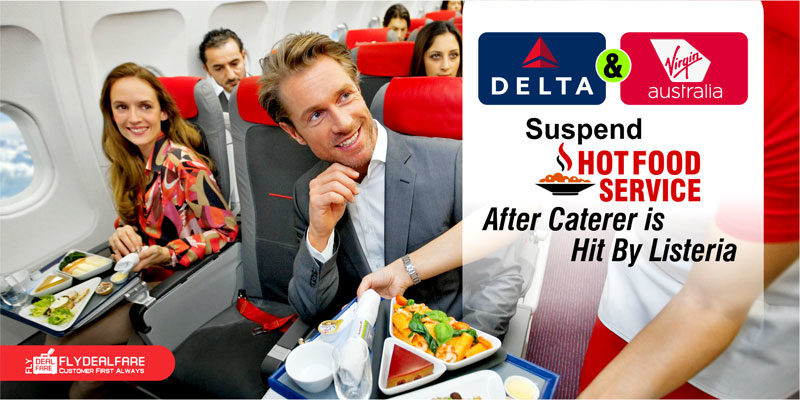 After the American Airlines has stopped serving food out of Los Angeles due to listeria mark, the other two world’s biggest airlines i.e. Delta Air Lines and Virgin Australia have stopped serving hot meals for a while after a bacterial outbreak.

The two airlines have suspended meals from Gate Gourmet at Los Angeles International Airport. The reason behind that is listeria which was found in the caterer’s local kitchen.

So for the moment, these carriers are offering alternative options to passengers for their scheduled journeys.

On the same, Virgin Australia is providing food vouchers to passengers. It stated that the normal onboard service won’t resume until it finishes looking for other catering arrangements.

On the other hand, Delta is offering cheese, fruit plates and wraps to the passengers which are prepared in another part of the LAX Gate Gourmet facility and the heated food is transferred from the another Gate Gourmet outlet in California.

This news has just come after two weeks when the American Airlines suspended its service from Gate Gourmet at LAX.

According to the US Government, more than 1600 people get sick from Listeria every year.