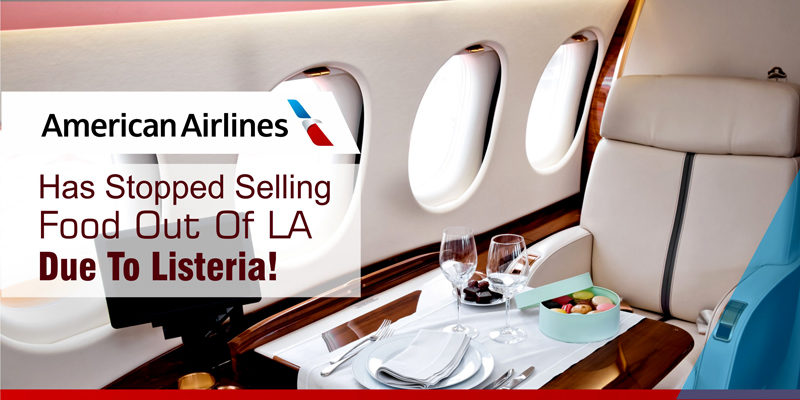 On some flights, American Airlines has stopped serving food out of Los Angeles due to listeria mark. The listeria was found at a Gate Gourmet catering facility where in-flight meals of airlines are prepared.

According to Business Insider, the company told that the bacteria were “found on surfaces that do not come into contact with food including drains and floor surfaces.”

And according to Fox News, on the flip side, Gate Gourts claimed, “The treatment of aggressive” has been done in the affected areas.

The statement reads, “Independent food safety agencies have confirmed that our unit adheres to food safety regulations and we are not aware of any instance where passengers are put at risk. We proclaim our commitment to the safety of the food and travel. Our unit is open for business and we continue to provide our services to other customers.”

At present, no illnesses have been reported, despite the fact that there are several other airlines at LAX that use Gate Gourmet.

The AA’ uses the Gate Gourmet in airports at other locations, but it was only found in the place of Los Angles. The airline expects this issue to be resolved within a week.