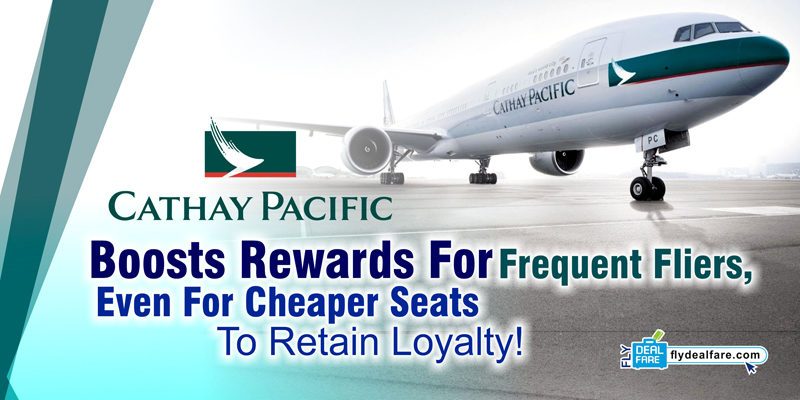 Cathay Pacific is recognized as one of the best airlines in the world. Cathay Pacific will give reward for the frequent fliers, even for those who are in cheaper seats. More reward points mean it will track them towards premium travel perks.

The latest changes to the Marco Polo Club program have become effective from December 8. About after 18 months, it will reward those who spent big money on the economy class and short-ticket passengers.

Now, with full-service and budget carriers, Hong Kong’s carrier will allow all loyal customers to move faster towards higher membership status. It will give them lounge access, larger baggage allowances and priority boarding, among other perks.

On Friday, the head of customer loyalty of Cathay Pacific comments, “We continue to improve our offerings to ensure the Marco Polo Club evolves to meet our members’ travel needs. The new club points will better reward our members so that their travel experience is enhanced and their loyalty recognized.”

Previously they earned rewards points based on the cost of their flight, instead of miles flown. This thing made it harder for frequent fliers in cheaper seats to move up the membership tiers. It starts at Green, Silver, Gold, and then Diamond.

Most economy-class travelers to Taipei, Shanghai, and Tokyo get 5 points per flight. It means being on 60 such flights to move from the Green to the Silver membership tier.

The Changes Are Coming In Airlines ‘Frequent Flier Program:

The publication’s Asia finance editor Ellis Taylor said, “The newest move … will be welcomed by passengers, but I think from an investor perspective they will want to see other ways that the carrier will cut costs and boost its yields. Some cost cuts are coming through the phasing-in of the new Airbus A350s, but I think the carrier will need to work harder to keep its premium edge over its rivals.”

He added, “Given that Singapore Airlines, which is a major competitor to Cathay, unveiled new products that will go on its A380 fleet, Cathay clearly has a fight on its hands to maintain its premium offering, particularly in the lucrative business and economy class sectors.”