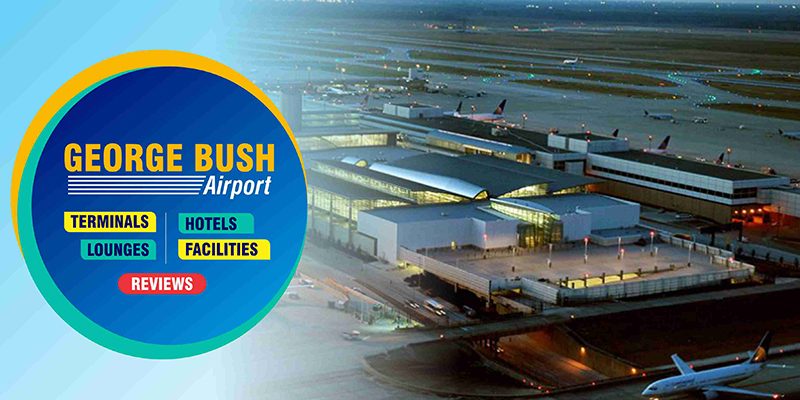 George Bush Intercontinental Airport is an international airport in Houston (United States) and being the 5th largest metropolitan area in US only. The airport is located 23 miles north of Downtown Houston. The airport is named after George H. W. Bush who is the 41st President of the US.

In the year 2015, the airport served more than 43 million passengers which make it the tenth busiest for total passengers in North America. A year after that, the airport was named the fastest-growing of the top ten airports the United States Department of Transportation.

The airport is also the one of the premier domestic and international hub for Continental Airlines before it merged with the United Airlines. The George Bush Airport code is ‘IAH’.

At George Bush Intercontinental Airport, you will find three main entrances. There are 5 terminals at the airport which encompass 250 acres of area.

The terminal A of George Bush Intercontinental Airport mainly supports the operations of all the non-United domestic and Canadian operations.

The terminal is also considered as one of the original two terminals which were opened in 1969. Like Terminal B only, it had four circular modules at the end of corridors radiating out of the corners of the terminal originally.

The terminal B is known for serving most of the United Express domestic operations along with the international departures.

As discussed before, it is also one of the original two terminals of the airport to open in 1969 being designed by Goleman & Rolfe and George Pierce-Abel. As there with no more alterations done at the terminal and it maintains its original design only. Nowadays, it is used solely by United Express commuter flights.

There are 37 gates in total at this terminal and 20 hardstand gates too. In the year 2011, the City of Houston announced that it would demolish the gate areas of Terminal B and rebuild them. 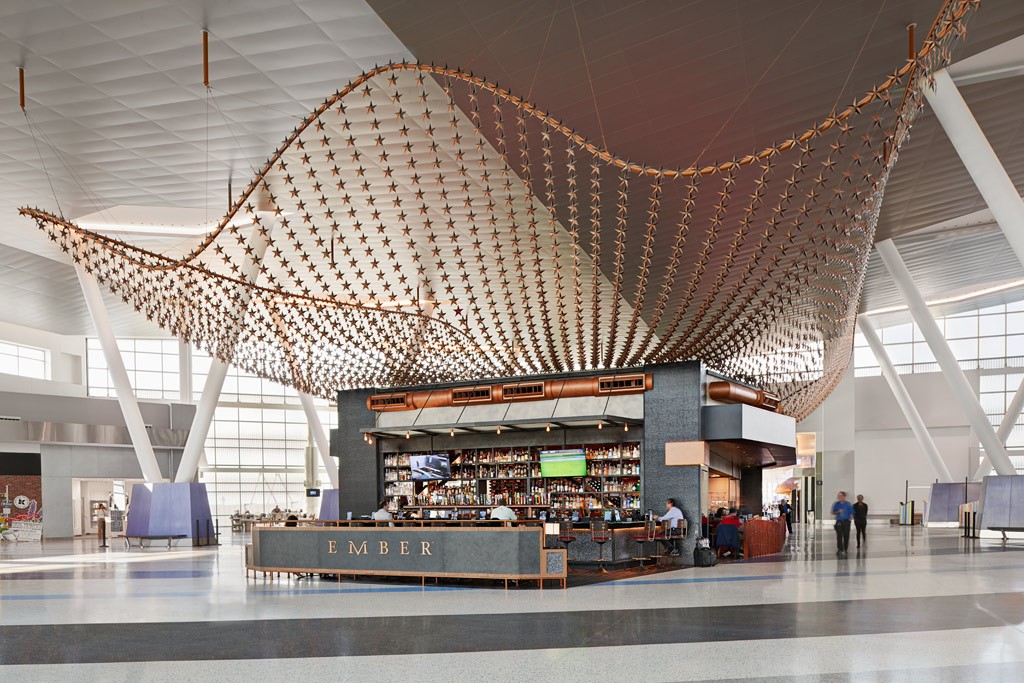 It was the third terminal to open at the airport after the terminals A & B and was opened in 1981. Being designed by the Houston firm of Airport Architects, the terminal has 31 gates in total. From 2000 to 2005, the terminal underwent renovations which were designed by Gensler.

Terminal D is also known by the name of Mickey Leland Terminal. It serves all non-United international operations and some United Express international arrivals too.

It was being opened in the year 1990 as the International Arrivals Building but later was renamed as Mickey Leland International Arrivals Building. The terminal D is the first “common use facility” to be established in the US. The food courts at the terminal D are located in the departures area. In the year 2007, the airport authority began the renovations and adds 20 common-use ticket counters and several restaurant shops with a new on-airport beauty lounge too.

The terminal D has 12 gates in total and comprises several international lounges which include the two separate British Airways Galleries Lounges, a KLM Crown, and many others.

The terminal E at the George Bush Airport serves as United Airlines’ main base of international operations. Along with that, it also supports some United Express international arrivals and some larger mainline domestic operations. 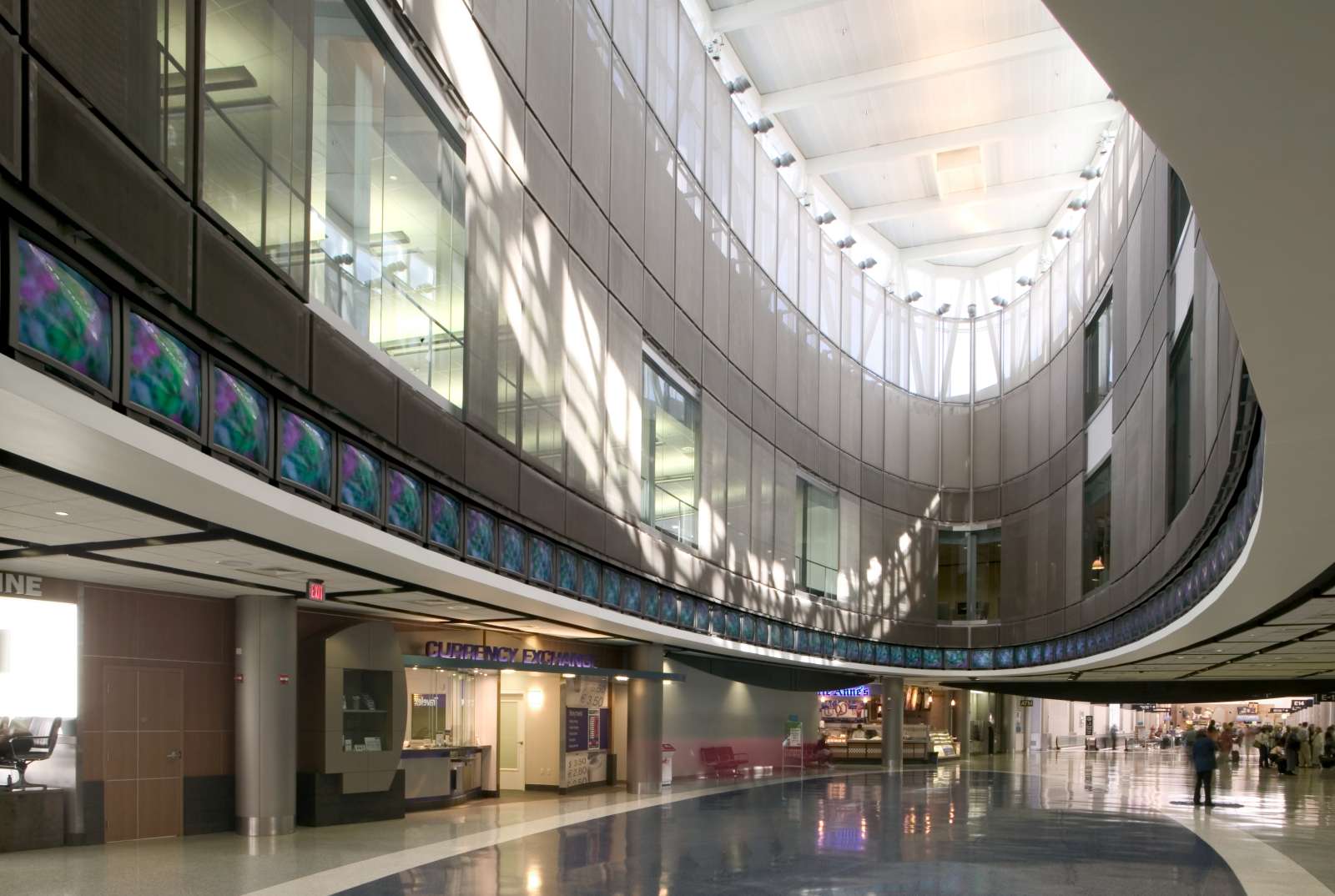 This terminal E is the newest one and was designed by Corgan Associates and Spencer Partnership Architects. The first phase of the terminal was opened in 2002 and includes 14 gates in total and the second phase has 16 gates which are added in 2003.

Passengers can find the airport houses/on-site hotel between Terminals B and C which is accessible via the inter-terminal train. This hotel has 566 rooms in total with two restaurants along with a cocktail lounge and a coffee shop. The hotel was undergoing a full renovation and there is a new lobby, restaurant and bar, and sleeping rooms. The other available options for Hotels at George Bush Intercontinental Airport are as follow: 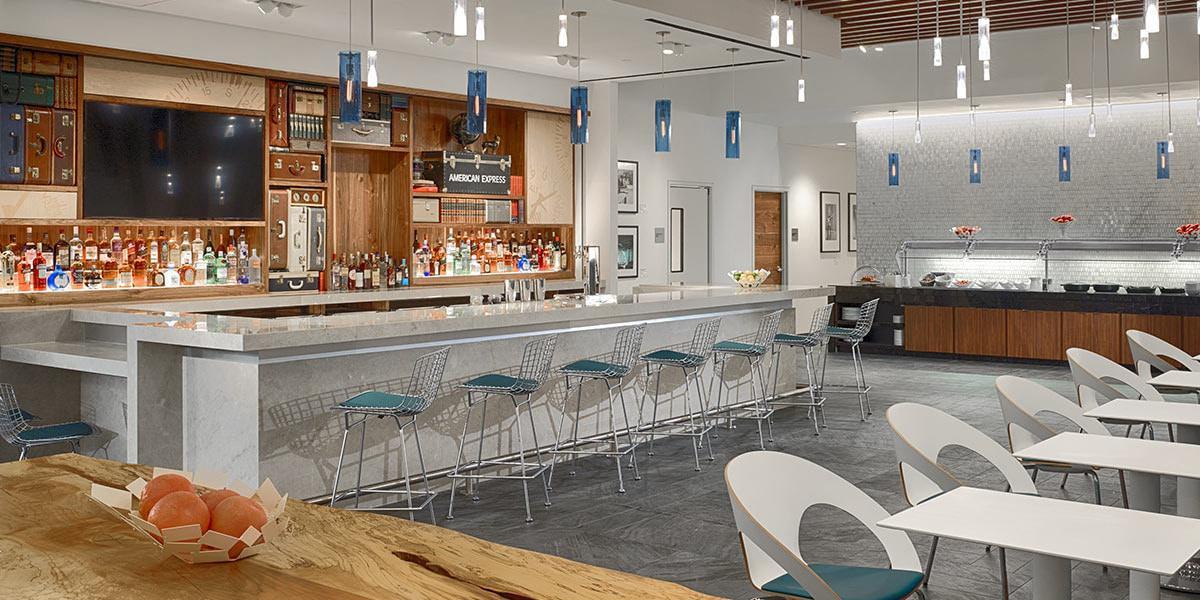 At the George Bush Intercontinental Airport, the Metropolitan Transit Authority of Harris County offers the bus service on the south side of Terminal C.

As the numerous hotels and motels around the Houston area operate courtesy vans service. Hence you can use the courtesy telephones in the baggage claim areas to request pick-up for most hotels.

The carriers also provide the scheduled bus and shuttle service to locations from IAH to several locations. It may include names like Astrodome, Houston, the Texas Medical Center, hotels in the Westchase, etc. These use shared vans to provide service from George Bush Intercontinental Airport to the surrounding communities.

You can avail the taxi service through the Ground Transportation employees outside each terminal. This service includes all the destinations within Houston’s city to & from Bush Intercontinental Airport and the charges are accordingly.

Passengers can easily avail the wheelchair assistance by requesting the airlines. It is recommended to request the service previously like 48 hours in advance before arriving at the airport. 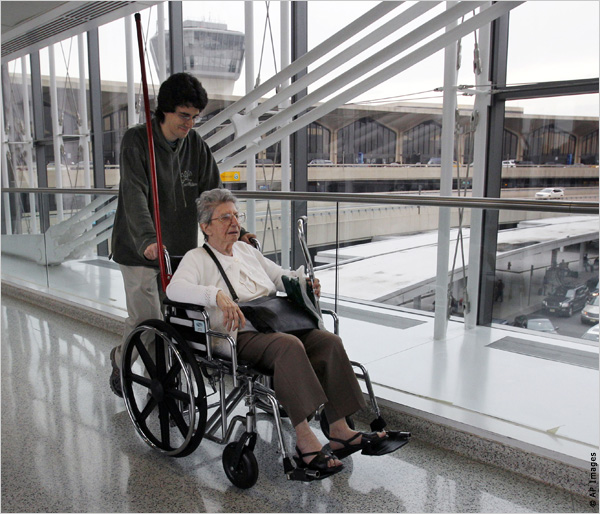 Passengers can enjoy the Wi-Fi facility at the Houston airport at each terminal. You can also avail this service in the parking garages too.

The cash machines and ATMs are available at all the terminals of the Houston IAH Airport.

If you are traveling with babies or infants, then there is also the availability of nursing rooms at the airport. These are located at Terminal B, Near Gates B84-91 and at Terminal D, Near Gates D7-8.

Passengers can get the glimpse of duty-free shopping at all the terminals except Terminal C. In addition to that, you can also buy various items 24/7 from automated kiosks placed throughout the airside areas of the airport. You will find the Texas Monthly News selling newspapers, drinks, snacks and more near Gates A17-A30, available 24 hours.

Multiple travelers at the airport can avail different food concessions operated on varying schedules. These shops are opened as early as 5:00 am in the morning. Plus, there is also the availability of vending machines in all terminals.

At all the terminals, passengers can avail the facility of free power stations. They can witness rapid charger machines that offer super-fast charging and USB ports for a small usage fee.

The airport provides special areas for smokers at every terminal, locations of which are as follow:

At Houston Airport, passengers can enjoy the music and art performances every day. There are also the live performances which are located at the terminal A. 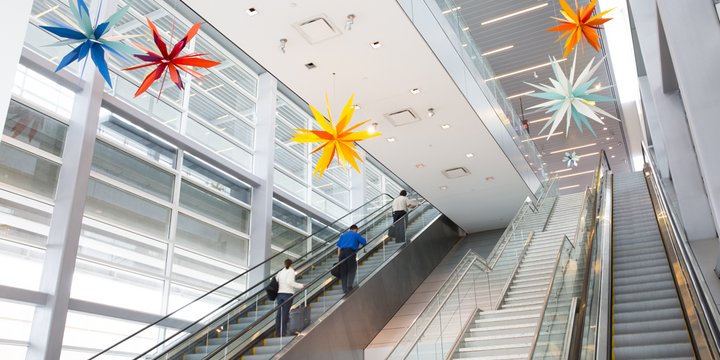 The parking facility is available at the Terminals A/B/C/D/E means at every terminal. In addition to that, all the terminal parking has Electric Vehicle Charging Stations also.

Houston’s IAH airport is a massive airport, nothing short of one of the busiest airports in the world. IAH is one of the very few airports you can travel to all six inhabited continents from nonstop, which definitely says a lot about the community of Houston and the size of this airport. I have traveled through this airport at all times of day and have never felt like the airport was overwhelmingly busy, nor have I ever had an issue with lengthy security lines at this airport (knock-on-wood). There are tons of food options varying from quick service, to sit-down restaurants and many United and Star Alliance lounges if you are a business traveler. Unlike many airline hub airports, this airport has a very good track record for on-time departures so a layover at IAH opposed to another city would be a wise choice.

I connected recently at IAH for an international trip to South America. Be warned that these terminals are huge and you might require a lot of walking. I found many options for dining and the usual shopping. Return immigration could not have been easier. I was through immigration retrieving bags customs and rechecking bags in less than 20 minutes total. Might have been the luck of the draw but everything went smoothly.

I and my wife was first time flying into this airport. I was impressed with the professionalism of employees whether directly related to the airlines or vendors. Everyone was down to earth even held a light-hearted conversation with you. TSA agents were the friendliest we’ve encountered at any other airport in the US. Flying can feel intimidating to the “not-so-frequent-flyers” sometimes but Houston’s airport made us feel at home!