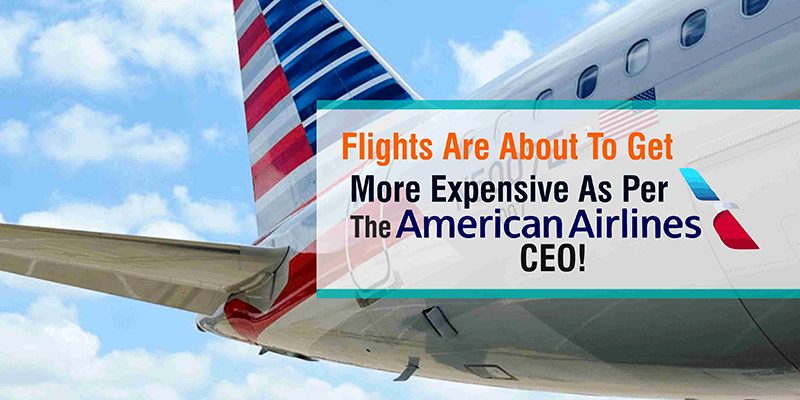 As per the prediction of the American Airlines’ CEO, Flight passengers can expect ticket prices to go up this year.

United Airlines has recently stated that it would add extra flights and larger aircrafts in order to compete with low-cost carriers. This lead to a fare war among airlines spiked this week.

Doug Parker; American Airlines CEO stated that the ticket prices would likely become more expensive this year. The airfare will go up due to higher oil prices as per the USA Today reports.

Nowadays, fare prices are too low for oil prices this high. Hence, over the time you’ll see that adjust, but it takes time.

As per the calculations and estimations, crude oil prices have risen to $70 per barrel from $50 over five months. He describes that American Airlines lost $1.8 billion on fuel this year alone. Hence they have to increase prices because at the current rate.

It is all bad for the passengers as the airline will not be cutting down on flights in response to the surge in oil costs.