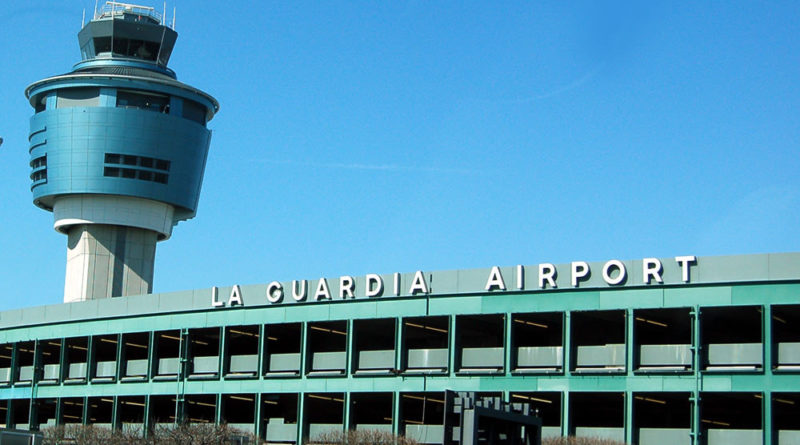 A number of interesting facts and figures are there in relation to the aviation industry and when we talk about the popular airlines and airports, things become more interesting. People become curious to know about this kind of stuff and so we have taken the LaGuardia Airport to discuss its little unknown facts.

LaGuardia Airport is situated in the northern part of the New York. It is the third busiest airport serving the New York City and the twentieth busiest in the United States and covers around 680 acres.

Here we are discussing some of the most amazing facts about LaGuardia Airport which might change your point of view regarding LaGuardia.

#1 La Guardia is a part of the largest airport system in the United States:

#2 There is a Lost Airport That Existed Before LaGuardia Airport:

One of the most interesting facts about the LaGuardia is that an airport named Glen H. Curtiss Airport or North Beach Airport which was built in 1929 existed on the same piece of land where LaGuardia Airport is right now. When the city took over Glen H. Curtiss airport, the airport was renamed as New York Municipal Airport and later on, in 1939 it was known with the name of LaGuardia Airport.

#3 The Site of LaGuardia Airport Used to Be an Amusement Park:

Before the origin of Glen H. Curtiss Airport, the same site was the Gala Amusement park which was a popular water-front entertainment destination owned by the Steinway family.

#4 At LaGuardia Airport, Planes Used to Land by Sea:

This one is really unique stuff attached to the LaGuardia Airport as it involves the Marine Air Terminal. Seaplanes like the Yankee Clipper were luxurious affairs which support two floors, dining rooms along with the private compartments. These land on water and be pulled in by boats. That is why there was the existence of the Marine Terminal.

LaGuardia Airport was also the first ever airport to use the very first helicopter airline in the United States for carrying passengers around New York City. Earlier the same thing is used as a mail and cargo carrier at LaGuardia Airport. Initially, it was well-received by the public as it allowed the passengers to bypass New York’s notoriously streets without taking the equally-frustrating subway and also allowed quick transfers between airports.

#6 Redevelopment Plans for LaGuardia Airport Were Delayed Precisely Because of Politics:

Back in 2015, the delay can be witnessed in the redevelopment plans of the airport. The Port Authority had spent around 3 years in order to update the airport when Governor Cuomo announced a design competition for the airport.

#7 There is a Man-Made Mountain In Place Of LaGuardia Airport Parking Lot:

Ingraham’s Mountain is a man-made topographic feature that is located just to the west of LaGuardia Airport. The mountain was created from excavated material from construction of the third tube of the Lincoln Tunnel in 1936 and it is 86 feet high.

#8 There Are Plans to Extend LaGuardia’s Runways:

In August 2013, a Draft Environmental Assessment for LaGuardia Airport renovations was completed. The reason behind the extension is pretty standard related to the airport safety stuff. The surprising part of the airport map was that one of the extended runways will basically touch Rikers Island if the map in the report is accurate.

LaGuardia has many new re-development projects by 2021 which may include an estimated cost of $4 billion. And this reconstruction process of the airport is expected to be complete in the year 2021. All this will give a new look to the whole LaGuardia Airport.

#10 LaGuardia Is The Oldest Commercial Airport In New York City:

The construction on LaGuardia began in 1937 on a site that had been a private airfield since 1929. This makes LaGuardia, the oldest commercial airport in New York City.

One of the unbelievable facts about LaGuardia is that the airport doesn’t have international flights (except some Canadian and Caribbean flights) because it lacks the immigration facilities to handle them.

#12 LaGuardia Does not Support Flights Longer Than 1,500 Miles:

Yes, this is a real rule that flights longer than 1,500 miles can’t land at LaGuardia Airport unless they come from Denver or fly on Saturdays.

#13 Getting to LaGuardia by public transport is extremely difficult:

Although, LaGuardia is the closest major airport to Manhattan yet the airport is the second-most difficult to get to in the world (being tied with Newark and Los Angeles International Airport’s). The main reason behind this is that there is no direct rail option available for passengers.

#14 LaGuardia is a notoriously unpopular airport: