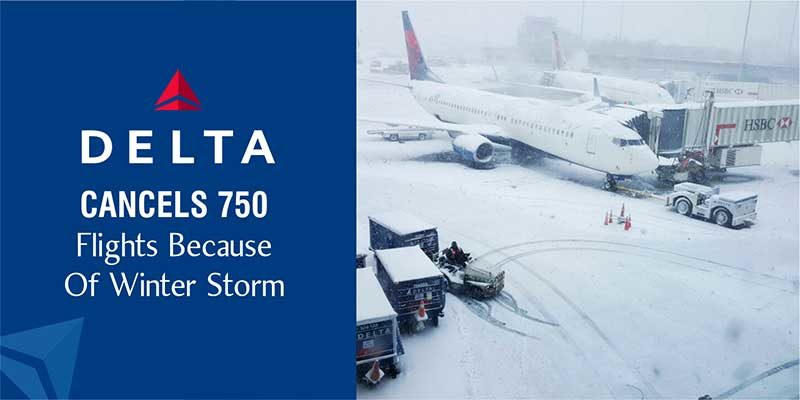 As a result of massive storm on the East Coast, Delta Air Lines canceled about 750 mainline and connection flights on Wednesday and Thursday.

As the wind gusts as strong as 80 mph, over 13 million people are under blizzard warnings from Virginia to Maine.

All this leads to additional flight disruptions of Delta. Plus, it is estimated that the conditions may get worse and affect the airports in cities including Newark, New York, and Albany.

For the rest of the Thursday, the airline has suspended its operations at the Logan International Airport in Boston. At present, the operations may resume Friday morning.

On the same, Delta Airlines stated that “In order to facilitate an efficient restart to the operation once the storm passes, Delta has repositioned some aircraft away from the New York and Boston airports so they can be flown in as soon as conditions improve and runways are cleared of snow.”

Passengers can easily rebook the tickets without any fee while traveling between Thursday and Saturday to and from certain airports.