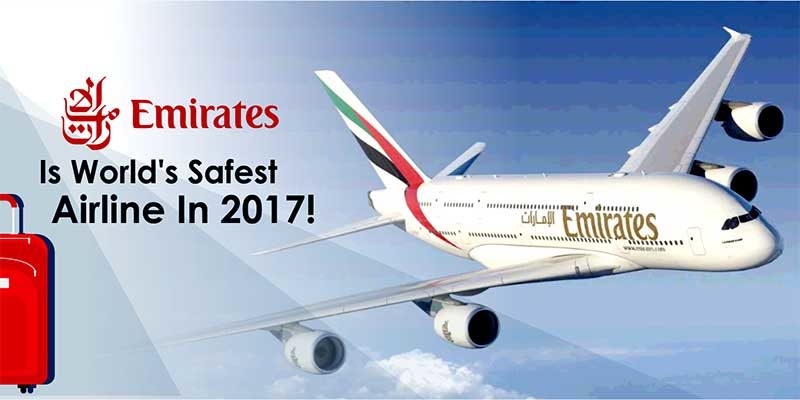 The Dubai based airline Emirates has been selected as the safest airline in the world for the year 2017. This is a kind of survey being conducted by the Jet Airliner Crash Data Evaluation Centre for the magazine, Aero International.

Beside this, Etihad Airways was also there in the list of the world’s safest airlines.

In this listing, Norway’s Air Shuttle captured the 2nd spot and Britain’s Virgin Atlantic Airways comes in the third place.

The fourth, fifth and sixth position is taken by the airlines like KLM, easyJet, and Finnair. Then comes the Etihad Airways and besides that, there are Spirit Airlines (US), Jetstar (Australia), and Air Arabia in the following positions.

Talking about the German carriers, Eurowings came in the 16th position while Germany’s Lufthansa holds the 22nd position respectively.

A number of factors have been considered regarding the major airlines such as account performance, the average age of their fleets, previous incidents over the past three years, and more.