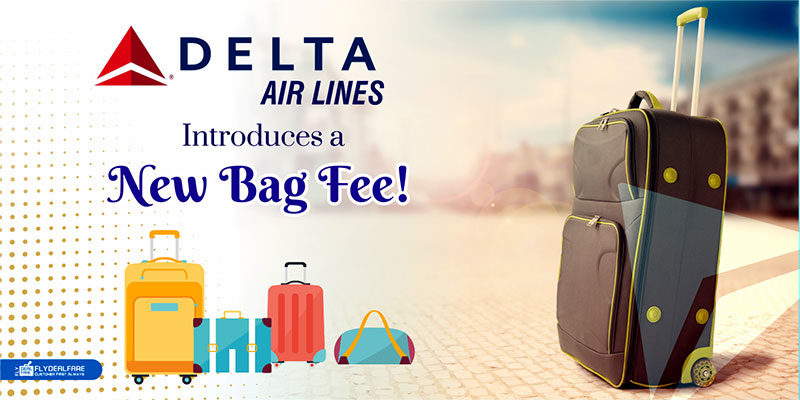 To compete with discount carriers, airlines are selling the less expensive basic economy tickets to passengers. This offers better options for the travelers.

The basic economy passengers of Delta Air Lines will be charged fee for the checked baggage on flights to Europe. You can check the baggage policy of Delta before flying on your next flight.

Currently, the airline is planning to charge $60 for the first bag and for the second bag; you need to pay $100. This will begin for tickets of April 10 which are purchased on Dec. 6 and after that.

Not only Delta, other major airlines also allow only one free checked bag on flights to Europe. As per the airline, this policy will remain for other types of tickets. Passengers are witnessing the checked baggage fees on domestic flights since 2008.

Low-cost airlines like WOW Air and Norwegian have been adding a flurry of flights of cheap flights between the United States and Europe. These also charge passengers checked baggage fees.

Talking about the restrictions regarding the size of baggage, American and United Airlines don’t allow economy travelers a carry on that doesn’t fit underneath the seat.

According to Delta, United, and American Airlines, more than half of the passengers pick regular economy ticket while making choice between basic economy and regular economy. The price difference between both the fares depends on the carrier, date, and route.

American and United Airlines are also offering the basic economy tickets but American does not offer basic economy fares on flights to Europe currently.

When it comes to fees, airlines tend to follow each others’ moves.