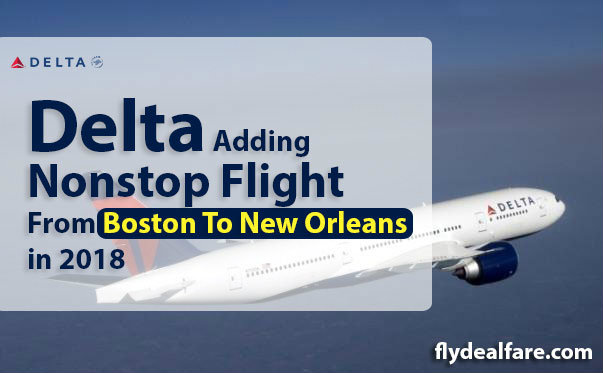 Delta Air Lines has plans to introduce the new non-stop flights in the next year i.e. 2018. The flight will be arranged from Boston to New Orleans and it will be seasonal.

As per the release, these future flights will operate only on Saturdays and Sundays to meet the strong leisure demand.

These flights will run through 1st of April, 2018 and there was not much information available regarding the daily flights times for the new route.

This New Orleans flight is one of the two flights which Delta has announced recently on Thursday in Boston. In addition to that, the airline will also be flying nonstop on daily basis two times and it will be from Boston to Pittsburgh. It is just a connection in order to grow business traffic between the East Coast cities.

Being the 2nd largest airline at Louis Armstrong International Airport in 2016, Delta serves more than 2 million people to and from New Orleans which is about 18.7 percent of New Orleans passengers.