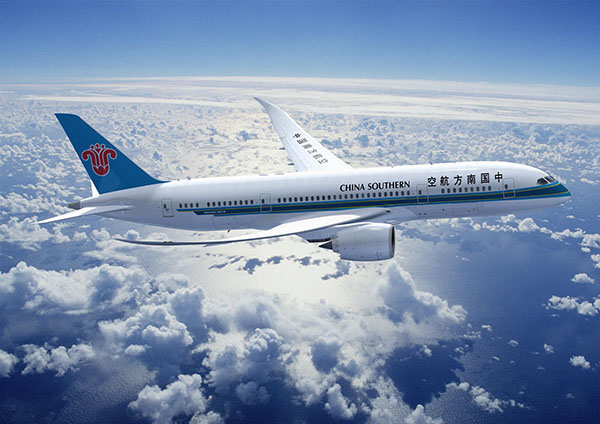 China Southern Airlines is largest airlines in Asia as in many factors, which are defined below. China Southern Airlines having 53 offices around the world. In year 2010 China Southern Airlines was ranked as on 4th largest airline in terms of passengers carrying and with the largest fleet system. Besides usually three classes the airlines also operate in premium economy class since March 2010. The main difference in this premium class is that they have a seat space is about 40% greater than the standard economy class. It was 14th October 2011 this Airline operates Airbus A-380s which is world’s largest passenger airplane.

Huge spaced flight with largest fleet operating system. China Airlines proud to be what them as a sky team. Well known for its developed route network and largest passenger capacity of any airline in the People’s Republic China. In china Southern Airlines are the only Airbus A380 operator in china. To Taiwan the first Chinese Airlines was China Southern Airlines. The first trans-pacific service on a Boeing,

The weight for the domestic flights can carry about 50kg, whereas International/regional USA routes are 45kg allowed, If the international is not include than it vary to 32kg.

Rest this of all according to if we see about the class related baggage system allowance: In first class for international 32kg, in business class same 32kg and premium/economic class 23kg is allowed. China Southern Airlines divided different baggage allowance for different country.

There are special Baggage policies for the special passengers:

“For sure will fly again”

My fly was Guangzhou to LA, cabin crew was happening and cheerful and snacks were amazing to have. In food I will definitely suggest to have fish and noodles. Love to fly again with the China Southern Airlines again while traveling to LA.

While travelling Melbourne to Harbin via Guangzhou the very first time took Chins Sothern Airlines services and very pleased by the services they have provided during my fly. I check-in before my booked flight which went smoothly. In morning next day I went to the airport and drop my baggage and had my boarding pass printed. A very small trouble I face that my preferred seat wasn’t given me as before I never faced this issue before in any of my flying, but with only this small issue would definitely not say a bad experience with the airlines, Food was served as according my taste and was very delicious. Throughout as whole love to fly with them very pleasing staff and help me to accommodate as well. Love to travel again for china and beyond any other country plan with China Southern Airlines.