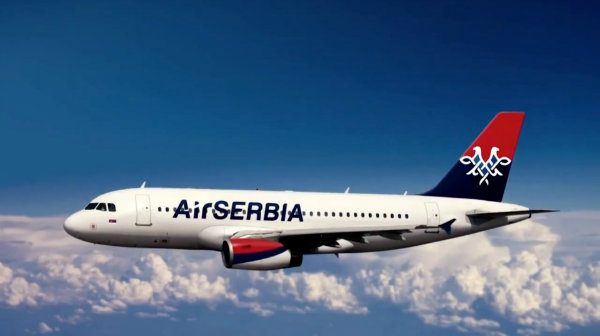 Thursday 23rd, stir was in Aviation Industry and for the travelers, an unexpected just happened for the travelers from Air Serbia to USA. News just with happiness, when just the Balkan Nation of Serbia get to know about a local carrier link is going to be provided for USA, though more than Two decades.

Air Serbia also starts up with their First trans-Atlantic Route which was for Belgrade to New York that is also a milestone development for the airline. Air Serbia new national carrier which just sprouted from the demise of the old and making at own JAT Airways. Serbia launched in 2013 after fast growing Middle East carrier Etihad Airways which acquired about 49% stake than ailing JAT. Company just began to fly and rebranded with some of JAT’S leftover assets.

Etihad known for its best and high- end service, Hub in Abu Dhabi, nowadays handling the operations of Air Serbia Airlines for First Five Years. In whole of this company redeveloping the name of logo, staff dresses, and customer-service expectations went highly into action.

Air Serbia just makes out the position in list of Etihad as one of the latest growing Airlines. Etihad has invested in as it faces Bold Competition from the Gulf rivals Emirates of Dubaiand Doha – Based and Qatar Airways. Air Serbia’s the very first flight in 2013 which flew from Belgrade to Etihad hub in Abu Dhabi, Most of the recent Air Serbia is just Focusing on the routes of Europe and the Mediterranean region. This start up of Air Serbia to New York Is highly beneficial for the Airlines in the market for the trans- Atlantic Flight. The Carrier route is ready with to fly over with 254-seats Airbus A330 aircraft, 18 lie-flat business class seats, and 236 in coach.

The CEO of Etihad and Vice Chairman of Serbia Airlines, James Hogan praised on both launches of new services and cooperation of the Etihad Group Airlines.

Hogan Also Added into his statement that, the Airlines are just growing airlines, which is representing the modern Serbia and the best part, is added to be the New York Service from our Cooperation. The Services as well are by which best to be provided by Airbus A330 has been leased from Jet Airways, Pilots trained by Alitalia, and cabin crew trained in Abu Dhabi, Together with  reform by the Etihad  Airways Family we couldn’t make this happen.