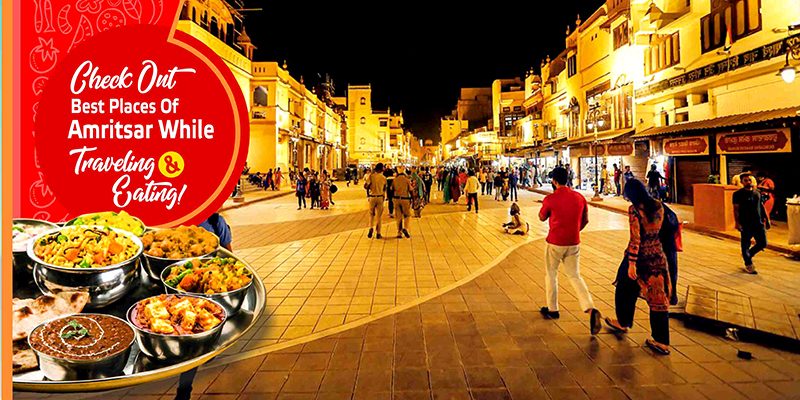 A beautiful blend of culture, food, tradition and history Amritsar was founded in 1577 by the fourth Sikh guru, Ram Das, the city divided into by the railways lines into two parts. You’ll find the Golden Temple in the Old City to the South which is one of India’s most spectacular and serene sights with several other ancient historical structures. The North side is all modern homes, upmarket restaurants, gleaming towers, and other shining signs of the city’s contemporary richness.

Read further to explore this city’s glorious past and Places:

Since ages, the pride and soul of the Sikhs, Golden Temple has been a centre of attraction among Indians as well as foreign travelers. The golden body, mouth-watering halwa or desert, mystic pond, and the myths make this religious site a delight for religious people. In search of eternal bliss and get amazed seeing the humble nature, believers irrespective of their religion, caste and gender throng Amritsar come to see deep rooted beliefs of the Sikhs towards their religion.

A famous public ground, Jalianwala Bagh is where the heinous act of public massacre was done by the British Army which is located within a distance of one kilometer from the Golden Temple. The incident took place on 13th April, 1919 which is the Punjabi New Year Day. British forces brutally opened fire on a peaceful mass on this auspicious day and around 379 people were left dead and around 1100 people wounded.

Among the Indian tourists, Wagah Border has established itself as a favourite, as one of the must visit places of tourist Interest around Golden Temple in Amritsar. Located at a distance of around 30 km from the Golden Temple, it is the only road border crossing between India and Pakistan. What makes this place highly valued is the ceremony of Beating Retreat and Change of Guard. Heartfelt enthusiasm is demonstrated by the soldiers of both the countries for their own country and the nationalistic feel reaches its peak among the viewers present there in the afternoon.

Built at the premise of the Golden Temple by Guru Hargobind Sahib, it is a Sikh temple made as a place of justice and for resolving temporal issues. Considered to be the highest seat of earthly authority of Khalsa, the literal meaning of Akal Takht is throne of the timeless one. It is a symbolic representation of the political sovereignty of the Sikhs.

Tarn Taran is a Sikh pilgrimage site in the Tarn Taran District of Punjab which is located at a distance of around 22 km from the Golden Temple. The Gurudwara was constructed by Arjan Dev who was the fifth Sikh Guru. The belief is that the pond located in this Gurudwara is the largest among all the Sikh Shrines. Thronged by the devotees every month on the day of New-Moon Day, Tarn Taran is counted among the most popular Sikh pilgrimage sites in India.

This hotel is close to Mata Lal Devi Temple situated in Amritsar. The nearby are Gobindgarh Fort and Durgiana Temple. This hotel has an outdoor pool and 2 bars/lounges along with a restaurant. Free valet parking and free WiFi in public areas are also provided. A 24-hour health club and a coffee shop/café and a 24-hour business centre are on-site additionally.

This hotel is within 9 miles of Durgiana Temple, Maharaja Ranjit Singh Panorama and Khalsa College. Golden Temple and Katra Jaimal Singh Market are also within 9 miles. An indoor pool, a restaurant, and a health club are also available at this hotel. Free services like Wi-Fi in public areas, self parking and airport shuttle are also provided. 24-hour room service, amenities like a bar and lounge, coffee and tea in a common area are also available.

This hotel is within a 5-minute walk of Hall Bazar and Katra Jaimal Singh Market located in the heart of Amritsar. Gandhi Gate and Partition Museum are also within 10 minutes. This smoke-free hotel has an outdoor pool and a fitness centre along with a restaurant. Free WiFi in public areas, free buffet breakfast, and free valet parking are also provided. A coffee shop and café, a rooftop terrace and a conference centre are on-site additionally. Every room boast fireplaces which are 149 in total, and offer free WiFi and washers and dryers.

This hotel is within 3 miles of Katra Jaimal Singh Market, Khalsa College and Durgiana Temple. Jallianwala Bagh Monument and Golden Temple and are also within 6 miles. With 2 restaurants, this smoke-free hotel has an outdoor pool and a fitness centre. Valet parking is free, a bar/lounge, a sauna, a snack bar/deli and are on-site.

Best Places to eat In Amritsar:

Start out with the Golden Temple when in Amritsar. To visit the golden temple, the best time is during the morning when the Guru Granth Sahib is brought to the inner sanctum. Head over to the langar, after offering your prayers which is the largest free kitchen in the world! The volunteers here are cooking and serving a simple meal of dal, roti, sabzi and kheer to a million devotees each day. Don’t leave the Kara Prasad on your way out even if you don’t have the time for langar.

At Ranjit Avenue Kulcha Land might confuse you with its name, but the kulchas here are as authentic as they get. You won’t need a menu card when you visit this place because all they are serving here is different varieties of kulchas. These guys have been serving fresh kulchas since before the partition. You’ll find a Tempo Traveller full of tourists unloading at Kulcha Land, so don’t be surprised.

Friends Dhaba located at the Queens Road is the place to rush off for all the people who prefer a meatier version of Kulcha. Serving Keema Naan with gravy and butter, the keema kulcha has a crispy exterior and a spicy keema mix. These kulchas simply disappear in your mouth, because it’s that tasty.

Located at Majitha Road the Beera Chicken House will totally change your concept about tandoori chicken. It is not the traditional charred or red tandoori chicken most of Indians are familiar with. Rather it is a whole chicken which is marinated in spices and roasted to perfection. Since 1972, their recipe for tandoori chicken has been in existence! The Makhan Fish & Chicken Corner is just around the corner from this place which is home to the tastiest fish tikkas.

Kesar Da Dhaba is located at Chowk Passian for all the vegetarians out there and is only 10-minute walk from the Golden Temple.Sserving the best maa ki daal in the city, gorge on the delicious palak paneer, lachcha paratha, and the smoky baigan bharta. Don’t leave without tasting their phirni or simply because you want to eat something sweet. 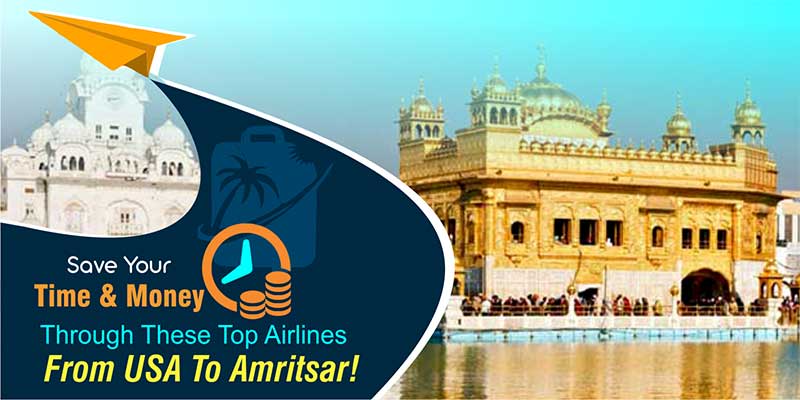