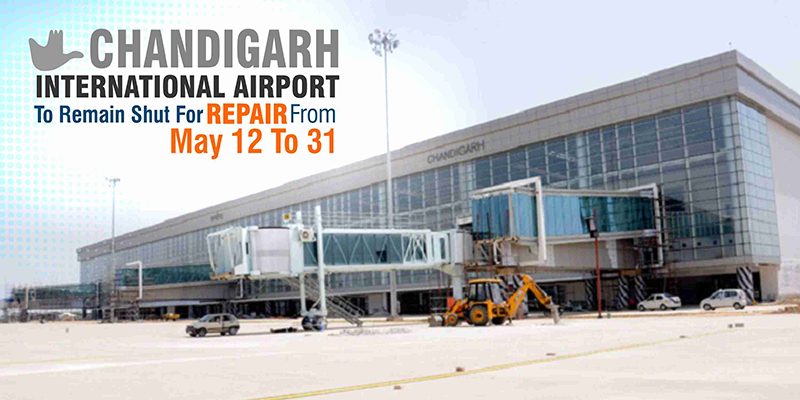 Today, the officials of the airport have announced that the international airport in Chandigarh will remain closed from May 12 to May 31 for operations for the runway repair which is in the second phase.

No civil, as well as military flights, will operate from Chandigarh from May 12 to May 31 was announced by Chandigarh International Airport Limited (CHIAL) public relations officer (PRO) Deepesh Joshi.

As per the directions of the High court, the runway is to be shut for 15 days as the Indian Air Force is carrying out runway resurfacing work at the airport. Completion of the first phase was between February 12 and February 26.

Airport sources said that the contractor who was working on the runway made a request for four additional days of closure since during the first phase the repair work was hindered by cold weather.

The available runway length which has been reduced to 7200 ft for the resurfacing work, will be increased to 9,000 ft and in some course of time to 10,400 ft.

The upgrading of the runway will attract various long-haul flights with several airlines from Chandigarh to popular destinations such as Europe, UK, Canada, and the US.