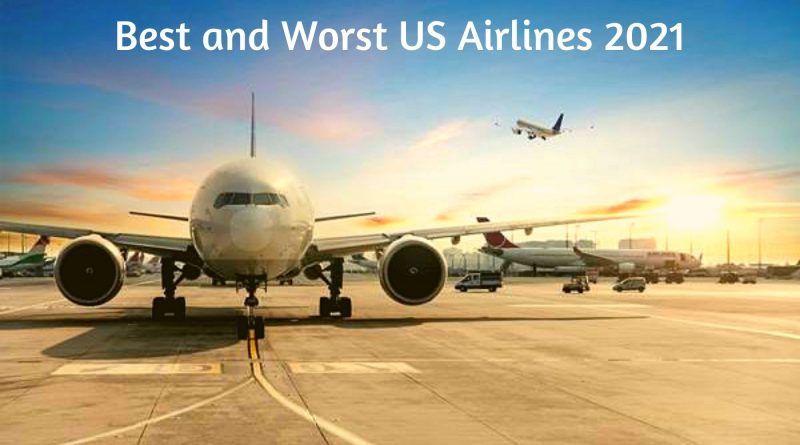 The past 2 years have been very difficult for the airline industry and many airlines have faced many challenges and issues that were not supposed to be there earlier. In this Covid 19 pandemic era, we all have faced flight delays, flight cancellations, and overbooked flights as well. Though people have started traveling and airlines are trying their best to recover from the things that happened in the past still there are airlines that are struggling hard. Recently The Wall Street Journal has issued its annual airline rankings according to which Delta Airlines has gained the top spot and JetBlue has finished last.

In 2020, there was an almost complete ban on flights by most of the countries, and only a few airlines were allowed to fly under various agreements between countries. In 2021, air travel was resumed with multiple conditions and domestic flights were fully operational. But with different variants of COVID 19 affected air travel and airlines were forced to delay the flights, reschedule the flights and sometimes cancel the flights.

All these factors were calculated while preparing this list of best and worst US airlines of 2021.

On the second position of the list, there is Alaska Airlines which has headquarters in Washington. The airline is rated 3 stars and is known for its ground and onboard services. There were hardly any instances of a flight change or switch by the airline. Most of the passengers who have switched their flights from Alaska Airlines are voluntary.

The airline offers the best deals on ticket booking and customer service.

Southwest Airlines has been ranked at 3rd position. The airlines’ ranking has been dropped in comparison to previous years. Last year, the airline was in the top position and this time due to extreme delays and rescheduling, the airline has scored fewer points which has affected its overall ranking.

According to Southwest Airlines, the airline has faced many challenges this year. From extreme weather conditions to technological issues and additional staffing. Most of the time in 2021, the airline was forced to change aircraft due to unavoidable reasons. The year 2020 was a difficult year and the airline has suffered a lot during 2020.

At number 4, it’s United Airlines. Headquartered in Chicago, the airline operates on domestic and international routes and is a Star Alliance airline.

The airline blamed extreme weather conditions for its poor performance. According to the airline, the weather conditions at most of its business hubs were not suitable which led to many delays and cancellations. Houston and Denver’s airports were shut for two days in February and March.

Allegiant Air has been ranked number 5 on the list of best and worst airlines of 2021. The ultra-low-cost airline has headquarters in Las Vegas. The primary issue of the airline is baggage mishandling and poor customer service.

There are many instances where travelers were forced to switch airlines due to extreme delays or rescheduling.

At number 6, there is American Airlines. The airline is a major airline in the USA and has headquarters in Texas. It is considered the largest airline in terms of fleet size. The airline has shown some improvement in comparison to its previous performance. Most of the time, American Airlines has finished last or second last but this time it has risen up and made to the 6th position.

Frontier Airlines is also placed at number 6 jointly with American Airlines. The ultra-low-cost airline has its headquarters in Denver. The airline has very much the same parameters. Fewer flight delays and cancellations have secured points for airlines to be in this position.

After the difficult years in 2020, and mid-2021, Frontier Airlines has made significant improvements in its services as the airline regained its charm and improved its service quality.

The ultra-low-cost American airline has its headquarters in Florida. The airline has been ranked at number 8 on the list of best and worst airlines. The airline primarily operates throughout America along with the Caribbean and Latin America.

JetBlue Airways has been placed at the bottom of the list at number 9. JetBlue has been considered the worst airline in the US in 2021. In 2020, JetBlue was ranked at number 7. 14% of JetBlue flights were delayed for more than 45 minutes. Also, the on-time arrival is second worst.

The JetBlue Airline spokesperson blamed the pandemic and ongoing constructions projects at various airports that resulted in delays. However, the airline has increased staff and facilities to make improvements in the future.