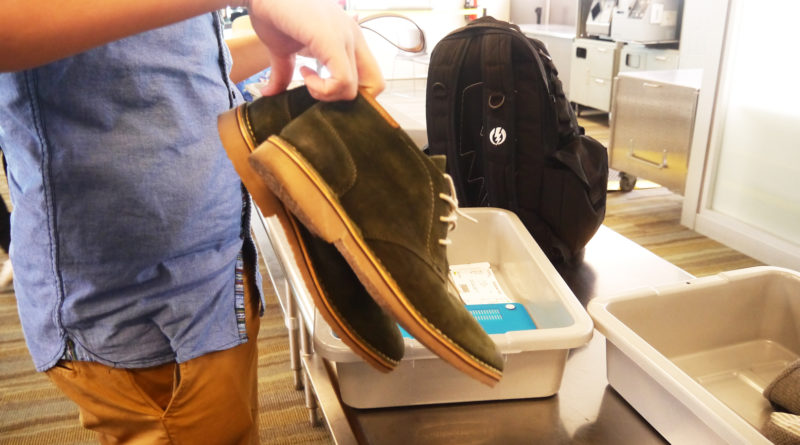 Going through the airport security lines can be a frustrating and exhausting. Everyone just wants to get through the airport as quickly as possible so they do not miss their flight. But when you are waiting for the checkpoint or wait for your flight, you have to walk through screening machine to check or carry bag. And you have to rely on confusing signage to find the right terminal and gate.

Another worst factor is about the late passengers. One is trying to jump in the queue. Another argues with the security at the checkpoint and another who is on time but lost his passport. There are lots of people who behave in a way and annoy us at the airport.

So, here are some annoying things about travelers at the airport that everyone hates, and some suggestions to ease the pain.

As soon as you get in the line, some travelers are no stop talking about how they miss their flight. Whether they are traveling alone or with their family, they always complain and worry about that the line is security so slow and due to that they will miss their flight.

The person who cuts the line without asking

Travelers who do not read the signs about following the lines

Travelers who complain about the wait

The traveler who does not have his ID

As you approach the TSA agent, you need to prepare your boarding pass and ID. And if somebody does not know about it then follow the signs. But we have seen that there are some passengers who ignore or miss those signs and approach the TSA agent without their ID in hand. This may cause you to a big delay which you do not want to commit.

The traveler who can’t locate his passport

Some people do not know they need their driver’s license at the airport security. A messenger bag can have so many sections or a coat can have so many pockets. And due to that, it disorganized the traveler from managing to put his passport somewhere that he can easily find it when the TSA agent needs it.

Many of you become emotional when we saying goodbye to your relative. But do not allow them to follow you through the security line.

The traveler who has Pre check, but gets in the regular line again

The over-packer who needs five trays at the TSA checkpoint

Once you give your boarding pass and the ID to the security agent, the things turn into worse from here.

They have two laptops and two tablets plus a smart watch and everything is tangled in a knot of ear phones and chargers. And they cannot quickly take out their devices like everyone else.

The travelers who wear shoes those are impossible to take off

One of the main rules to get through of the security checkpoint is to take off your shoes. But once in a while, sometimes you get stuck behind the person who definitely puts the combat shoe or high-heeled booties. It almost takes 15-16 minutes to unlace the shoes or does not have a balance to take them off easily.

So, always wear slippers instead of shoes.

The traveler who suffers from cold

We are all caught by the germs at the airport or plane. And most of us know that when we get a cough or sneeze, it is probably best that avoid mixing more germs in the mixture. But especially during the flu season, you will definitely face a traveler or two, who are holding a cold and catching it, there is no interest in stopping all around them.

Maybe they drop used tissues all over the floor in front of you. But Surely, you probably would not cancel your trip just because you caught by a cold. And nobody wants to be near someone who cannot take basic precautions to contain their germs.

The one who does not remember to take off his belt

Many people wear belts. But most know that when they get to the TSA checkpoint, they have to need to take their belt off.

Unfortunately, there is always at least one passenger who is unaware about the security check-ins rules. If you are lucky, then this person can listen to a TSA agent to remove his shoes, belts, and jackets and remind everyone to really follow.

But if not, then they will hold the entire line walking through the metal detector. So, always read the security guidelines.

The passenger who doesn’t remember to empty his pockets

One more thing TSA hopes to do before you go through a body scanner or metal detector. Empty your pockets. But the one person who did not about this rule or did not read the sign. May be that guy is just stand in front of you.

The boy in front of you does not go through this body scanner until he remembers to take out his keys, his phone, receipts, and lip balm from his pocket.

The traveler with a giant bottle of water

The traveler who forgot that he had a weapon

If you know anything about TSA, then you know that the agency does not allow passengers to take anything like a weapon through a security checkpoint.

But in the airport security line, some passengers pack something as a weapon, without even realizing it.

It can be something in the form of a small pocket knife or something on. Just keep your distance and hope that it does not hold the line for a very long time.

So you have successfully created this through a metal detector or body scanner, and the TSA agent has allowed you to retrieve your luggage. But to recover your property again, recover your dash, one of the other passengers on the safety line can be slowed down the process.

This final type of traveler can not just get things together once their trays emerge from the scanner. Perhaps they are putting their shoes on the wrong feet, their plastic bags of liquids managed to explode. Or maybe they are trying to finish a game before returning their jackets.