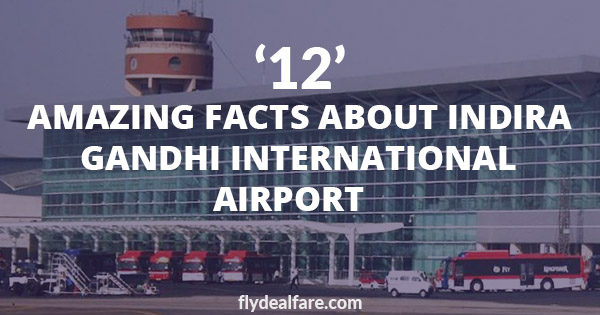 When it comes to travel through an airport, every single passenger wants a relaxing and smooth experience without many hurdles. So choosing the best of all is the perfect way to go.

Talking about India, IGIA i.e. Indira Gandhi International Airport is the busiest and consider as the best airport in India. But there are probably a number of facts which are still unknown about the airport. This gives curiosity to the multiple passengers to know more about the different details of the airport. Here we are discussing some of the little unknown facts about the Indira International Airport, Delhi.

The airport supports more than 40 million passengers and serves more in more than 58 domestic and 62 international destinations and this was for the session 2014 to 2015.

When it comes to the operations of IGIA, the airport supports a wide range of operations which include handling six domestic carriers along with 56 international carriers. It also supports the services of the gigantic Airbus A380 aircraft.

Point 3: Earlier IGI was operated by the Indian Air Force:

Before transferring Airports Authority of India, the airport was operated by the Indian Air Force. Later in the year 2006, the management of the airport was passed over to Delhi International Airport Limited (DIAL) till present.

Point 7: A number of Awards and Honors for IGI:

The Delhi International airport scored a very good score i.e. 4.90 on a scale of 5 points as measured by the ACI ASQ benchmarking programme, including 300 members.

IGI recently introduced three new terminals which will only host international flights. The Indira Gandhi International Airport terminal 3 caters domestic air traffic only. Moreover, after the completion of these new terminals, it is expected to increase the airport’s annual passenger capacity to 100 million.

Point 10: IGI airport is huge than it seems:

Spread over an area of 5,106 acres, the airport becomes the largest in India and also the largest aviation hub of South Asia which comes to around 2,066 hectares. As per these figures, it is equivalent to almost 4,000 football fields.

Point 11: Supports a Number of Airlines:

Point 12: 1st Airport to be registered under UNFCCC:

IGI Airport has become the very first airport in the world to be registered under UNFCCC i.e. Clean Development Mechanism of United Nations Framework Convention on Climate Change. The airport supports a 7.84 MW solar plant which has been installed alongside runway 29/11 and is targeted to generate up to 20MW by the year 2020.