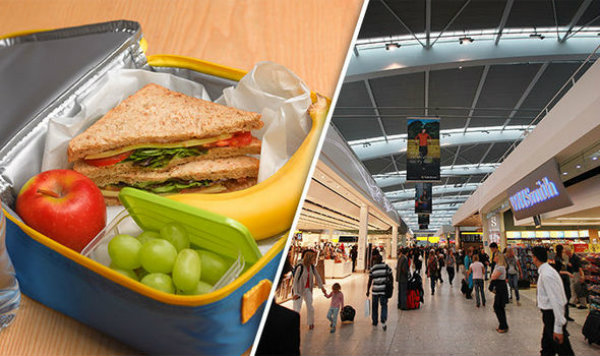 Passengers can get the glimpse of two new apps at the airports and can enjoy the demand delivery service. These are:

These both services will provide the food and retail delivery to the customers. So now customers can order services from any terminal within the airport. This means that they can enjoy food from their favorite restaurant in the specific airport to which they are traveling from.

The president and co-founder of AtYourGate, David Henninger stated that “Our goal is to help facilitate travel and make it a little better”.

He also compared the services of his company with the apps like GrubHub and Postmates, to which the consumers are addicted outside the confines of an airport.

He added, passengers may have a lot of questions in their mind like about, when the plane is going to leave or whether they got time to do all this and more.

Company co-founder Patrick Della Valle said that Airport Sherpa was the first to launch and its rollout went smoothly.

Della Valle said Airport Sherpa is partnering with Fraport America, which is recently known as Airmail. It runs the airport’s retail concessions.

‘AtYourGate’ also plans to provide its services to other U.S. airports by the end of the year or may be six more till next year.

A significant difference between AtYourGate and Airport Sherpa is that AtYourGate has partnered with app Grab which already provides mobile order for pickup service at a total of 18 U.S. airports, including the San Diego. To create a distribution order at participating airports, they will need to download the Grab app.

Henry Harteveldt (a Travel technology analyst of Atmosphere Research) said he expects gate delivery services which can be received both by the traveling public and by airport vendors. The delivery mechanism is well controlled for challenging environment of an airport.

He said it will provide a wider variety of eating options to travelers and also conserve time for business travelers who like to get work done during a layover.