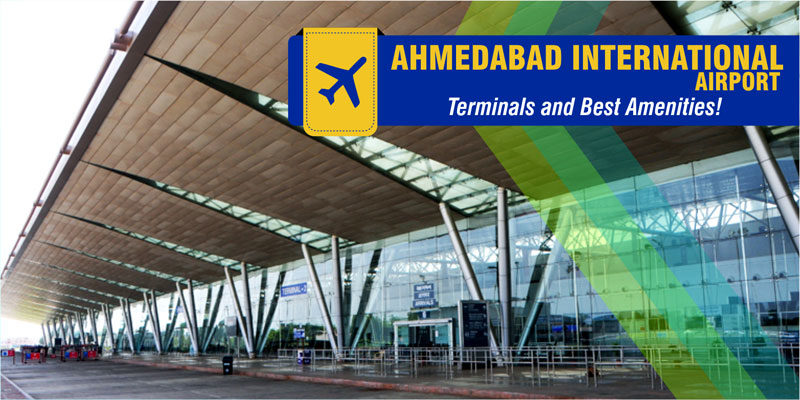 The name of the airport is taken from the 1st Deputy Prime Minister of India, Sardar Vallabhbhai Patel. The Ahmedabad Airport code is AMD.

Talking about the fiscal year 2016-17, the airport handled over 7.4 million passengers with the help of 180 aircraft movements a day. The airport is considered as the eighth-busiest airport in terms of passenger traffic in India.

The government of India has started the procedure for the privatization of the airport in the year 2015. The airport is set to be replaced by Dholera International Airport due to expansion constraints.

At the Ahmedabad International Airport, there are 2 terminals:

The terminal 1 is spread over an area of 480,000 sq ft at the airport and has a total number of 32 check-in counters.

The terminal 2 at the airport was opened in the year 2010. This terminal has also won an award for the best Steel Structure at the 2009 edition of the National Structural Steel Design and Construction Awards. In addition to that, the airport has 4 aerobridges and 32 check-in counters in total. This terminal has the capacity to serve more than 1600 passengers at a time as it supports a total floor area of approximately 41,000 sq. meters. In addition to that, the terminal also has apron area of around 51,975-square-metre which can support the parking of nine A-321 and four ATR-72 types of aircraft.

The airport owns a cargo terminal which can handle 51,637 tonnes of cargo. Around 60% of the cargo comes from the domestic sources.

In 2009, it was decided to put on the lease, 3,685 square meters of land for a period of seven years to Gujarat Agro Industries Corporation in order to set a center for perishable cargo. But according to the government policy, no third party can interfere in the operations at airports; the CPC was not in use until July 2014. But the later the government had issued a No Objection Certificate for commencement of operations. 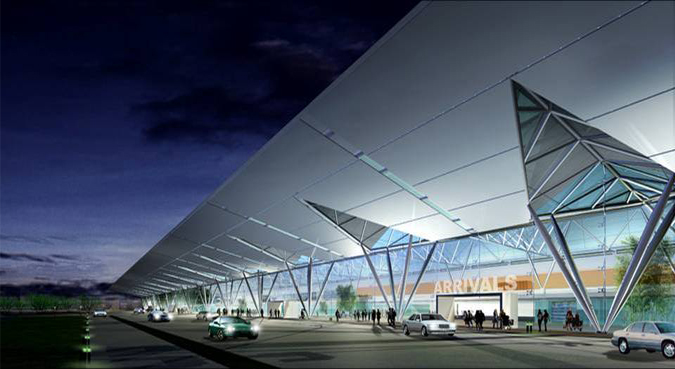 In the year 2014, it was announced that the airport will have a dedicated cargo terminal and it will be known by the name Terminal 3. 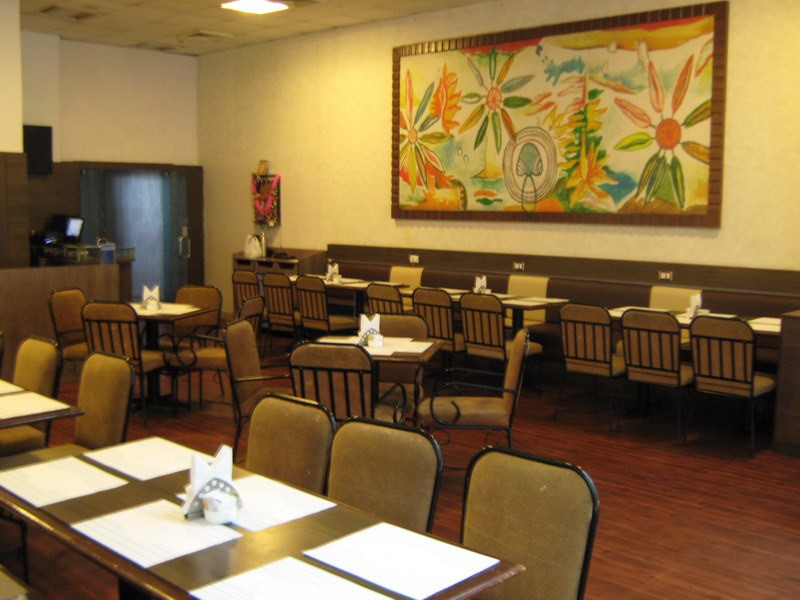 Passengers can avail the free Wi-Fi service at the Ahmedabad domestic airport for around 30 minutes. There is also the availability of a 7-day pass and the rate attached to it is INR 100.

You can choose from the following options when it comes to transportation facility at the airport.

You can easily hire cars or cabs on rent which is available in the Arrivals Halls of the International and Domestic Terminals of the airport.

Passengers can pick one of the hotels which offer the airport transportation service for their guests. Do contact your hotel and check the availability. You can choose from the following options of the hotel to avail the shuttle services: Naeeka Hotel, Hotel Airport Residency, Hotel German Palace, Tune Hotel, etc.

Another option for the transportation at the airport is the city buses which are available but offer routes with limited service.

You can also find the ATMs and cash machines at the airport which are located along the approach road at Ahmedabad airport terminal 1 departures.

The facility of currency exchange is also available at the terminal 2 of the airport.

The duty-free shopping is also there at the Terminal 2 (Arrivals and Departures). 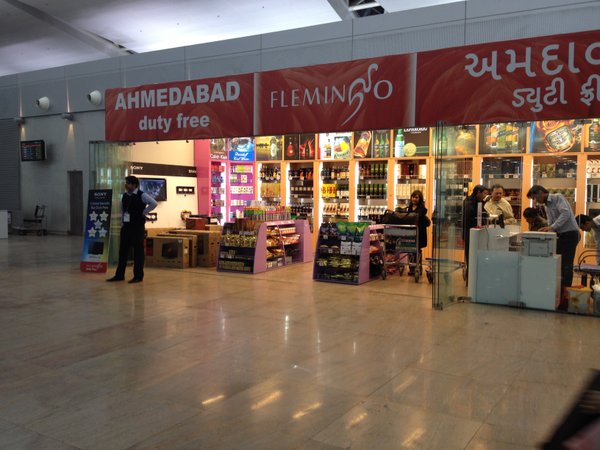 You will find a number of restaurants at the Ahmedabad Airport. There is a restaurant in Terminal 1 and a number of snack bars in T1 and T2 both. There are also coffee and Tea vending machines available in both Terminals.

You can avail the luggage trolleys free of any cost at terminal 1 as well as T2 of the airport.

The facility of Pay-per-use massage chairs is available in T1 and T2. 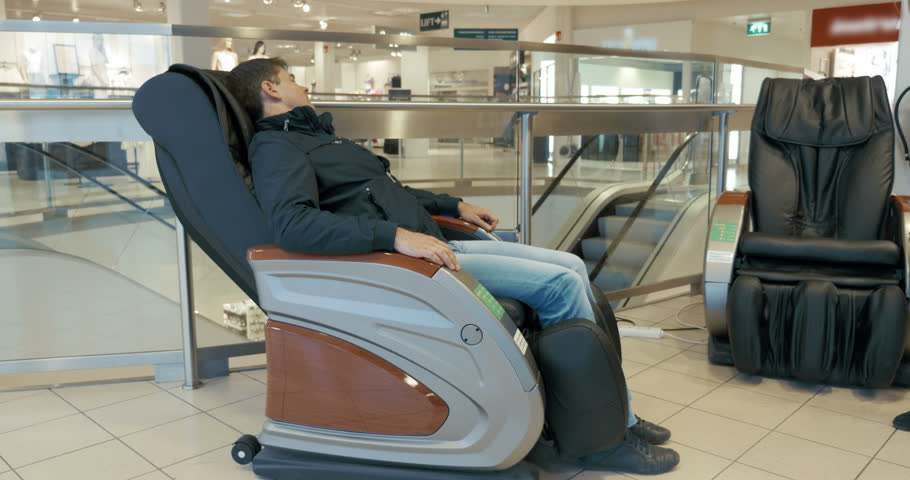 For urgent and emergency medical care, medical services are available free of charge for passengers in T1 and T2 both.

There are mobile charging stations available at the airport, free of any charge in T1 and T2.

Sardar Vallabhbhai terminus international airport it is properly situated in Ahmadabad of Gujarat it has covered too much of land for making an airport. People who are leaving near an airport cant able to live proper or they can’t able to sleep properly at night also because there are too much of airplane are arriving at Ahmedabad airport terminal 2 departures. There are too many employers who are working at the airport for their livelihood of the family. There are more than 300 flights are coming and going back. Ahmedabad airport terminal 2 departures

I have visited there 2 months ago for a friend who is going Canada for enjoying holidays. When I saw the airport I can’t imagine it’s in India a very excellent infrastructure with excellent security. There are 2 airports one is for international flights and another is for domestic flights. I have visited international airport there I go inside which is chargeable and more inside you can’t go only the passenger who is traveling can only go. For reaching to domestic airport there is an escalator on which we have to stand only and they will take us to the domestic airport from international airport which is a good facility

I Visit the Ahmedabad Airport very often for my work; generally, it’s one of the best airports in India. The infrastructure of the airport is quite good, I found the place as lovely as it can get. The staff of the airport is good in conduct, however, the concerning part is on the security checkup at the main arrival security guards at the gate can be lazy at times which would result in some sort of hazardous thing. Most annoying part of the airport is parking charges if you happen to stay in the airport area for more than 12 minutes for the International airport and I guess 8 minutes for the domestic airport. Domestic and international airports are very nearby.