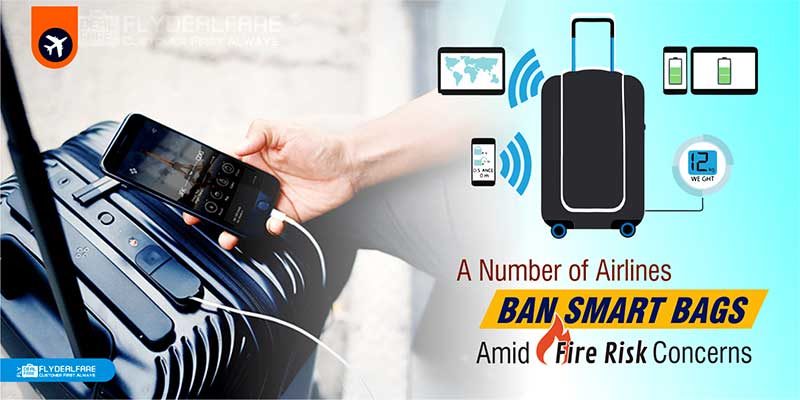 Passengers should be aware of the fact that a number of airlines are banning the using of – in phone chargers or tracking devices. This is due to the fact that it contains lithium ion batteries in so-called “smart bags” which can easily cause a fire.

As per the statements of United and Hawaiian Airlines, they will start banning smart bags with non-removable batteries by January 2018. In addition to that, four other airlines have also announced the similar restrictions this month. Delta will no longer accept smart bags with non-removable lithium-ion batteries as checked or carry-on luggage, including Delta and Southwest.

American Airlines (one of the largest airline in the world) initiate this process of banning the bags as per the reports of CBS News.

This year only, there was a ban witness on large electronics with lithium-ion batteries from checked bags. The main thing to worry is that the new testing revealed that the potential of a catastrophic fire is so intense that the plane’s extinguishers wouldn’t put it out.

Talking about the features of these smart bags, they power onboard GPS, weigh and lock themselves plus charge your phone. The good thing is that the bag whose batteries are removed will be allowed on board but by doing so, it’s expensive features like the ability to track it; won’t work.

On the same, Bluesmart (a leading maker of smart bags) has stated that “It is a step back not only for travel technology but it also presents an obstacle to streamlining and improving the way we all travel.”