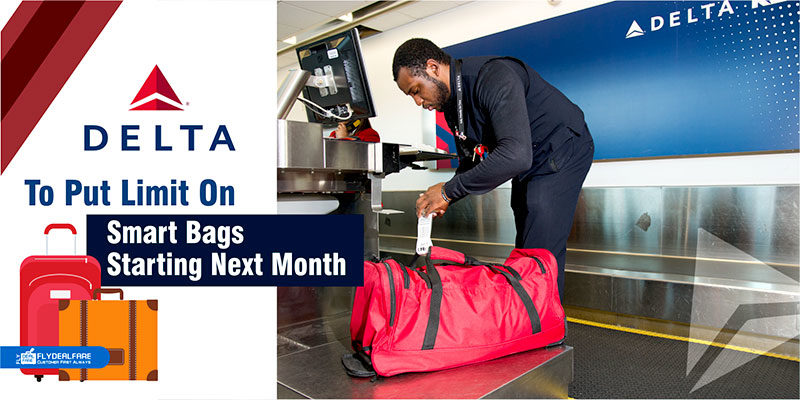 Passengers of Delta Air Lines may find it little difficult as the carrier has decided to no longer accept smart bags with non-removable lithium-ion batteries as checked or carry-on luggage. This is due to the security concerns.

This new thing will soon be taken into account by 15th of January, next year.

Talking about the smart bags, it is a new type of luggage that is equipped with certain features like GPS tracking, Bluetooth, weighing scales and USB charge ports.

As of now, it is concerned that the batteries of these bags are prone to overheating, posing a significant fire hazard during a flight. Hence the airline company has decided to allow smart bags if their batteries are removed.

There are other major airlines too which have set new limits on smart bags. This includes American and Alaska airlines. Talking about the United Airlines, it is expected that it will announce the new policy soon.

Delta Air Lines have also banned hoverboards and other battery-powered self-balancing personal transportation devices in the year 2015 due to similar safety concerns.