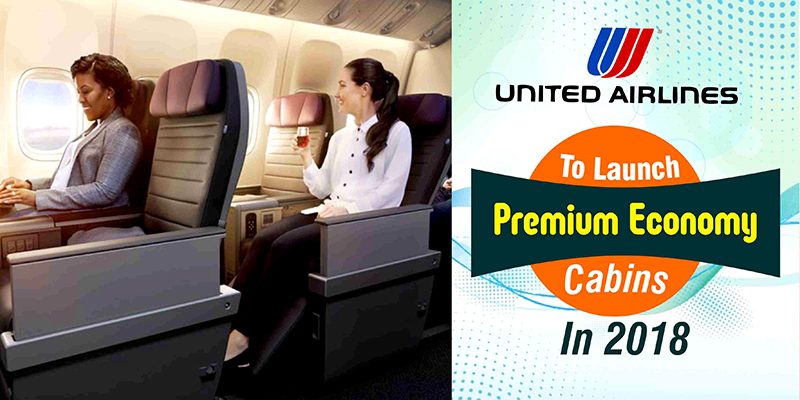 One of the major US carrier; the United Airlines is launching a premium economy product at some point in 2018. This news was leaked and shared in an internal company memo.

As per the memo, the International premium economy is coming soon.

United’s Premium Plus will be introduced later this year. This will be available on selected international flights. This will let the passengers enjoy more space, comfort, and amenities. Plus, the seats will be more comfortable and spacious.

In addition to that, passengers will be served food on china dinnerware; there will be free alcoholic beverages available too. For sleep, a Saks Fifth Avenue blanket and pillow, an amenity kit and more will be offered.

According to a spokeswoman, the cabin was indeed in the works. As the news on the cabin still hasn’t been published on United’s website or in news, further details weren’t forthcoming.

United’s Premium Plus will be a full-scale international premium economy product with extended leg room, unlike its domestic premium economy cabins. There is a lot to offer to passengers. From unique seats to upgraded service, it consists of the same seats with better legroom and the occasional better meal.

However, it is also true that both American and Delta don’t have fully integrated the cabins into their fleets. Plus these airlines also don’t support concise pricing or upgrade strategies around them.

Every year with the new addition, the economy cabins get tighter and business cabins become more lavish. Hence to offer better in less amount, this initiative has been taken as the travelers have shown an increased willingness to pay a small premium to travel in the relative comfort of premium economy.