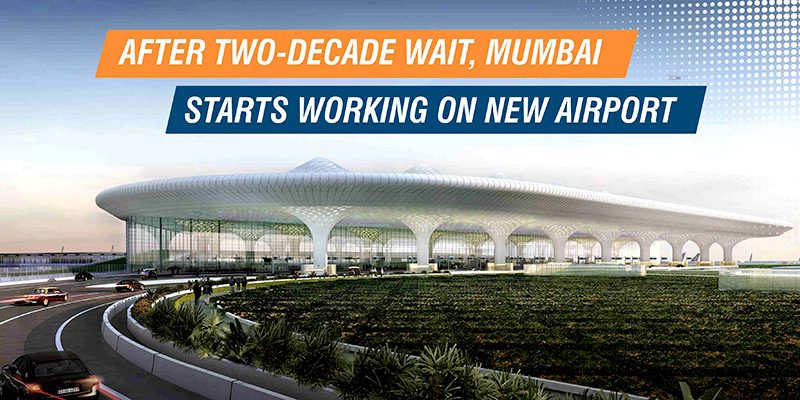 After proposing it two decades ago, Mumbai has started working on the new airport as the Jets were running out of space using a single runway in one of the busiest aerodromes.

The foundation stone of Navi Mumbai International Airport was laid by Prime Minister Narendra Modi on Sunday. It is to be constructed about 22 miles southeast of the existing facility on about 2,866 Acres of land. When fully complete, the airport is said to handle 6 million passengers annually, right now which is running behind schedule which is a result of the delayed bidding process.

In upgrading airports among regional airports, India is lingering behind China, Singapore, and Dubai.

By December 2019, one runway will be operational. Which means in the 1st phase the airport will be handling 10 million passengers a year. To build new airports and expand over the next decade and a half, India needs to face the expenditure of $62 billion, but the advancement is much slower than what’s needed to manage.

In 1997, the Airport was first proposed and India’s cabinet approved it a decade later.

In the 24-hour period, Mumbai airport made a world record of handling 969 flights last year. For an airport which operates with only one runway, that is the highest mark.