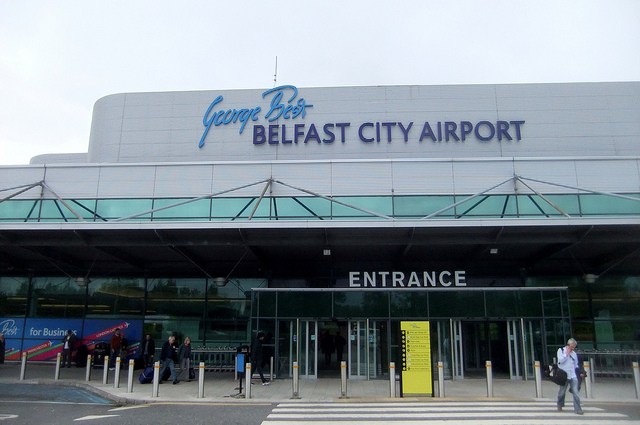 Just after few months of £9m deal United Airlines of the United States of America will be stopped. According to the deal, two third part of the total money  given to the United Airlines in three years was about to come from Northern Ireland Executive.

The aforementioned flight is the only direct flight between the United States and Northern Ireland.However, according to the European Commission, EU rules do not allow any public sector or any public authority to provide any undue advantage to any particular airline.BBC News NI in August has revealed about  the financial assistance and only some of the total amount was paid to the airline which airline has refunded now.

The last flight on this route will be on January 9 when United Airline will depart from Belfast. United Airline said in a statement.United Airlines also added that we will reach to those customers who have made bookings after this date to cancel their flights and we will provide refunds and also we will try to re-accommodate if possible.Julian O’Neill the BBC News NI’s Business Correspondent analyze this decision as a setback for the Northern Ireland airport. Belfast airport does not have many choices when it comes to long haul flights and it was really a struggle for the airport to convince or attract airlines for this destination as a number of airlines prefer Dublin Airport which is making its expansions rapidly.United has already decided to pull its services before this £9m deal and now when the amount has been refunded airline has given the final date to stop its services at Belfast.

On the other hand, Belfast International Airport Authorities blamed on European Commission for this embarrassment.The Managing Director of the airport Graham Keddie tweeted on his twitter account that as “absolutely spitting” about the decision which he blamed on “useless, faceless EU bureaucrats”.Graham Keddie considered this decision as a ‘body blow’ to all those ministers who used this to attract investors from the US.He further added that it is beyond comprehension to block a support package for an airline which is the only direct link to the US from Belfast.He blamed it on the abysmal decision-making process of EU due to which airline has stopped its services.

European Commission in a statement said that according to EU aid rules public authorities can not grant an undue advantage to any particular airline.It further stated that this arrangement between the United Airlines and Stormont executive was without any prior notification. The commission received a complaint in this regard and after that, this decision was taken.Simon Hamilton the Economy minister said he was perplexed and baffled by the EU decision and supported the executive by saying he did it the right thing to save the services.

Mr. Hamilton said that there was a risk to the service and we did the right thing to save it.Mr. Hamilton further added that if any future we faced this kind of situation we will definitely make sure to make some good decision and will try to retain the flight for a longer period. It was very sad and regretful that some unelected bureaucrats have scuppered this flight, he said.

However, we are already in talks with other airlines to start their services here in Belfast. He also said that he is trying to establish an air route task force.Earlier in September, MLAs on PAC – Public Accounts Committed were informed about the deal and concerns about the value for money.The Auditor General of Northern Ireland said that Simon Hamilton, Economy Minster issued a direction for this bailout, which was supported by the First Minister Arlene Foster and the Deputy First Minister Martin McGuiness under an emergency procedure.