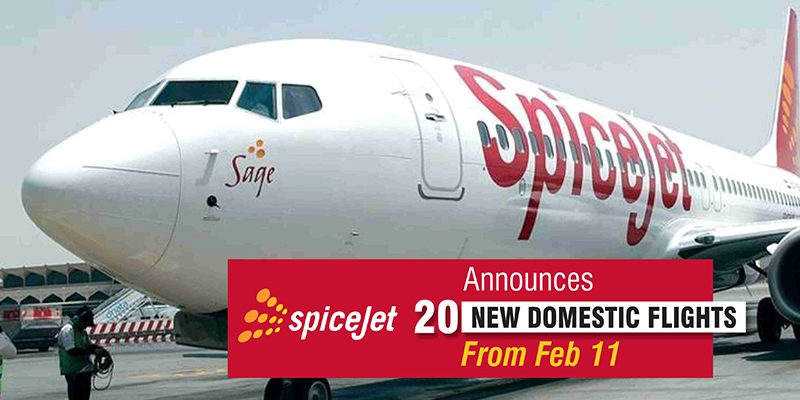 SpiceJet has recently announced to start 20 new nonstop domestic flights. The airline will initiate this from the 11th of February with the main focus to strengthen its network across South India.

As per the statement of the airline, it would also introduce 18 new flights in the South. Out of that, 10 would be catering to popular tourist destinations in Andhra Pradesh.

After this, SpiceJet would become the only carrier to serve its services between Bengaluru – Puducherry, and Kolkata – Jabalpur with daily direct flights.

The airline mentioned that the new flights will give fresh impetus to the airline’s regional connectivity theme by connecting the metro cities with the non-metros.

Talking about the routes, the airline will serve its services to these routes: Bengaluru – Rajahmundry, Chennai – Mangaluru, and Guwahati – Chennai. It will also include a direct flight between Bengaluru – Tirupati which would operate on all days except Tuesdays.

Shilpa Bhatia (Chief Sales and Revenue Officer of SpiceJet) stated that “In the current year, the airline aimed to expand its network by connecting more non-metro destinations with metro destinations.”