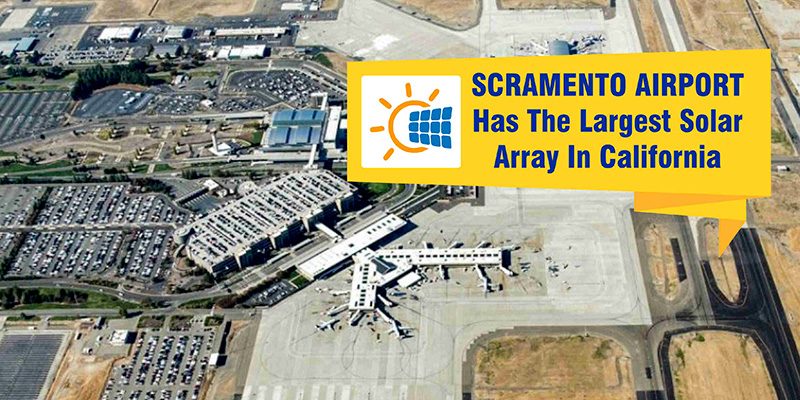 The Sacramento International Airport is using the solar energy for power consumption at the airport.

Talking about the last week’s figures, 7.9 MW solar arrays was commissioned and this supply nearly 30% of the entire airport’s electrical needs.

The airport boasts is the largest in California and help them to save a lot. This project was made possible due to the partnership between airport officials. This includes Borrego Solar and NRG Energy.

Borrego Solar built the overall project and NRG Energy will purchase the electricity produced over a 25-year period under a power-purchase agreement.

The solar array’s installation let the airport to manage their expenses, especially due to the fluctuating electricity prices. The airport is locked into a price of slightly more than 7 cents/kWh which is quite low as compared to the 9 cents/kWh that they were paying before.

Talking about the 25-year agreement, the airport expects to save nearly $1 million on annual basis by producing its own electricity.

LG supplied the more than 23,000 modules and NEXTracker provided the racking systems; this will maximize the array’s efficiency and energy production.

Yes, the installation cost $15 million, but the airport didn’t have to pay that money upfront. They will pay for it over the life of the PPA.