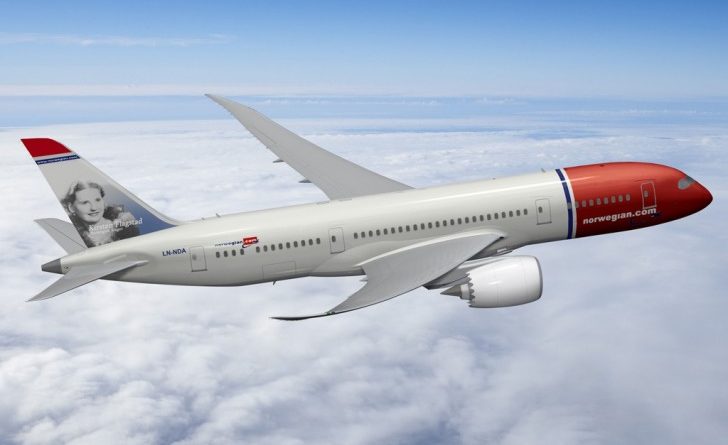 The Norwegian Air, a budget-friendly airline has received initial authorization to increase its flights between America and Europe, through an Irish subsidiary. This was confirmed by US Department of Transportation on Friday.

The positive outcome was reached after tough petitioning and going through several public relations campaigns from both sides: Norwegian Air and major US airlines and their respective labour unions.

The Norwegian airline is a popular budget friendly option as it offers very economical air tickets, even on international routes. The low cost carrier is able to do so by charging extra on most standard services such as seat assignments, checked and carry-on luggage, snacks and many more such services. At present Norwegian air carrier offers international routes from America to Scandinavia and the UK. But with the expansion, it will be able to fly to and from more US cities.

The US Transportation Department has clarified and said that it will consider all public comments before issuing a final verdict on the expansion plans of the Norwegian carrier.

However, Norwegian is optimistic of a positive outcome and has stated that it will hire all US based crews. The CEO of Norwegian Group, Mr. Bjorn Kjos, has said that this is a victory for the customers and that a positive decision will benefit passengers from both sides of the Atlantic. He further stated that this will be a great employment opportunity as it would open jobs for thousands of people and will also benefit the economies of the new American destinations.

However, labour unions of US airlines have rejected this decision and said that the US Transportation Department’s verdict goes against the rules of fair competition.

The US airlines and few labour unions have presented their case and said that Norwegian, through its Irish subsidiary, is trying to take advantage of weaker Irish tax and labour laws and hence this would prove disadvantageous for American carriers.

However, the Transportation Department has refuted this and said that there is no evidence to prove the labour union’s charges as the Norwegian would follow the aviation treaty between European Union and USA.

The Transportation Department is further willing to hear all public comments until May 6.