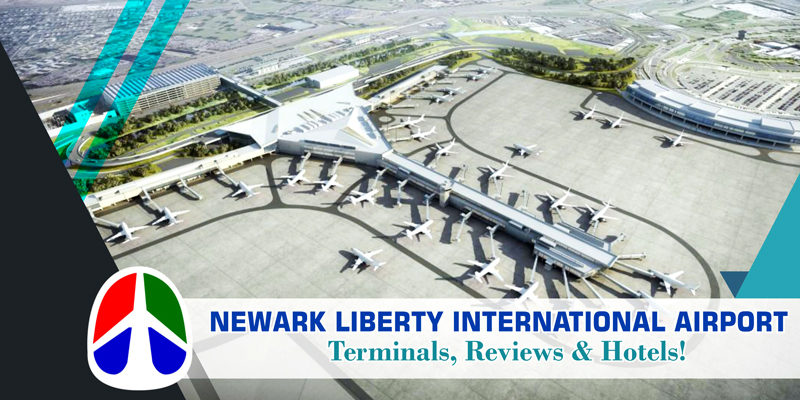 The airport supports over 50 carriers and is the third-largest hub for United Airlines which is the airport’s largest tenant as, during the period of 12 months which ends in July 2014, more than 68% of all passengers were carried by United Airlines.

There are three passenger terminals at the airport:

The terminal A was completed in the year 1973 and consist four levels in total. The baggage carousels of this terminal are on the 2nd floor and the short-term parking and ramp operations are on the ground floor.

Talking about the concourses, each terminal has three concourses. The terminal A is divided into concourses A1, A2 and A3. The Terminal A is the only terminal of the airport which has no immigration facilities. Hence the flights arriving from the other countries cannot use Terminal A but some departing international flights may use the terminal. 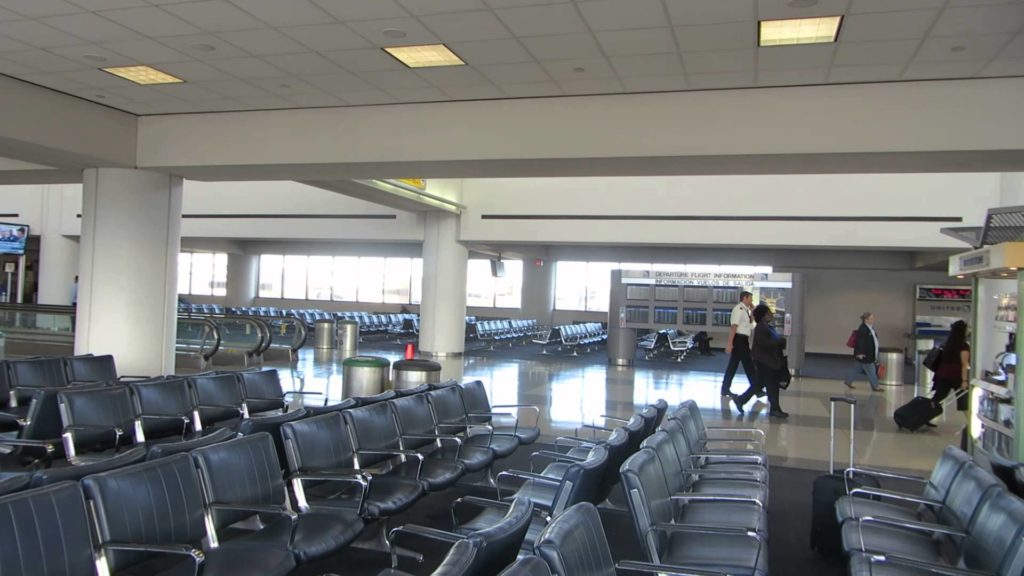 Like the terminal A, terminal B is also completed in the year 1973 and also has four levels. The gates and shops are on the 3rd floor of the terminal B. Having baggage carousels on the 2nd floor, the terminal has an international arrivals lounge on that floor too.

Terminal B supports the operations of foreign carriers and also handles flights to the Caribbean through JetBlue, Delta Airlines, Elite Airways, and Spirit Airlines flights, and some of United’s international flights.

In the year 2008, the Terminal B went through the renovation process in order to increase its capacity for departing passengers and passenger comfort. This process included the expanding and updating the ticketing areas along with building a new departure level for domestic flights and for building new arrivals hall.

The Newark Airport Terminal C was designed by Grad Associates and was completed in the year 1988. The terminal comprises two ticketing levels; one for the international check-in and the other for the domestic check-in. At the time of opening, the Terminal C had 41 gates but now it supports 68 gates in total. At the terminal, the food and shopping outlets are located on a mezzanine level between the two check-in floors.

The Terminal C is exclusively used for United Airlines and its regional carrier United Express.

In the ending of 2014, the airport amenity manager announced a new $120 million renovation plan for the terminal C. This included the installing of 6,000 iPads and 55 new restaurants which are headed by celebrity chefs.

There are the number of options in term of hotels at the airport and travelers all around the world can pick from the following options:

Talking about the lounges, passengers can easily choose from a number of premium lounges available at the airport: 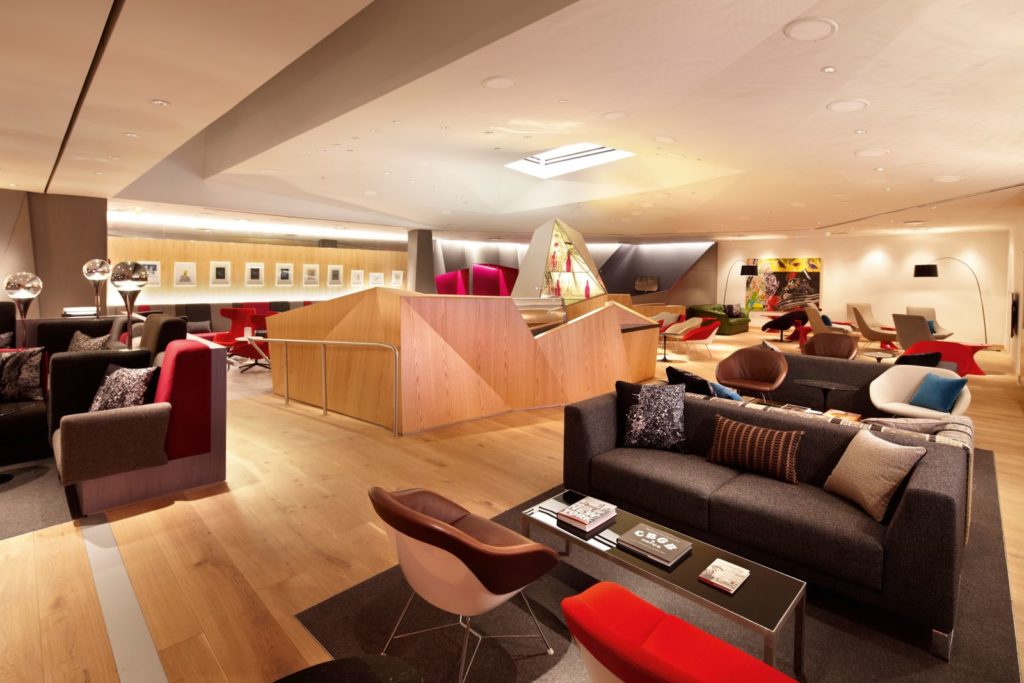 Passengers can get the benefit of the free monorail system i.e. AirTrain which connects the different terminals. The station directly connects the passengers to any station along New Jersey Transit’s Northeast Corridor Line or North Jersey Coast Line and many others too. The AirTrain monorail also helps the passengers to connect to the parking lots, parking garages, and rental car facilities.

Passengers can also pick from the options like Private limousine, taxis and car service which is also available to and from the airport. Taxis charge a flat rate which is based upon the selection of destination. The airport also operates the short and long term parking lots with shuttle buses and monorail access to the terminals. In addition to that, a new free Cellphone Lot facility has been opened for people who came to pick someone at the airport.

Passengers can enjoy the Newark airport Wi-Fi facility for free but for 30 minutes only. You have to watch a commercial before your session starts and a premium service is also available for commercial-free Wi-Fi.

At the Newark Liberty International Airport, the facility of ATMs and cash machines are available airside as well as landside.

Passengers can get the glimpse of nursing rooms at the airport at different locations such as:

Multiple travelers can enjoy Newark airport Duty-free shopping in all the three terminals. Along with that, a variety of retail shops is also available throughout the airport.

InMotion Entertainment at the airport offers DVD rentals. It is located at the Terminal B, Gates 60 to 68 and also at Gates 70 to 99.

Passengers can enjoy a number of dining options at the airport which is located landside as well as airside. Other options are:

Passengers can also find Mobile charging stations at the airport which are located both Landside and Airside in all Terminals.

Traveling with your Pet is not a big deal now. You can find the Pet relief areas at all the terminals of the airport.

I was amazed that we arrived from Las Vegas and as our flight was a delay, we only had few minutes for the connecting flight to Manchester. We ran through the airport and managed to get on the plane. We thought that when we got to Manchester, we would have no luggage but our suitcases were on the plane.

I arrived from Bombay at around 11 in the morning. Short walk to the immigration area which was bustling with passengers but the queues were handled so efficiently that I was actually amazed. There were about 300 passengers and I was done with immigration in about 15 minutes! Baggage claim was a little slow but nothing horrible. I didn’t get time to check out the other facilities and haven’t departed from here but I wouldn’t mind arriving here again. Definitely a pleasant experience!

Despite other reviews, we have never had a problem with this airport. Being the airport closest to our home in West NJ, we are forced to travel from here and fly out of here every time. However, even if we lived closer to JFK, we would still prefer to fly from here. The staff is friendly and lines are almost never more than 1/2 an hour and even though it isn’t exactly a deciding factor the windows by the gates are huge and allow an amazing panorama of NYC and the jets landing. There are many stores and gift shops to make the experience more pleasant and who doesn’t like the free WI-FI. The only con is that it has slightly fewer flights than JFK.

The airport which is formerly known as Newark International Airport is an international airport within the city limits of both Newark and Elizabeth. It is about 15 miles or 24km southwest of Midtown Manhattan. 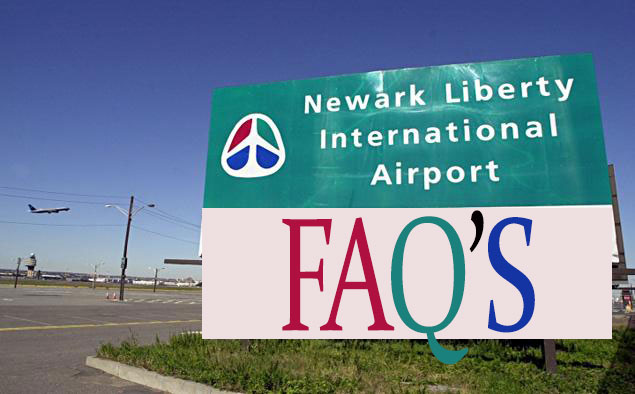 The airport was the first major airport in the metropolitan area which was being opened in the year 1928. The airport was built on 68 acres of marshland by the City of Newark and quickly became the world’s busiest commercial airport.

The Newark airport code is EWR because the use of N as a first letter is reserved for the US Navy as in Naval Air Station. So, there is the use of Newark.