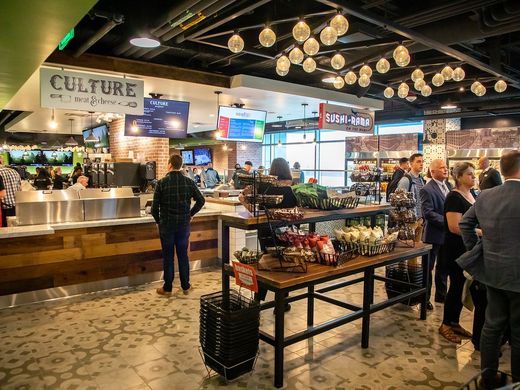 The busy Thanksgiving travel period is underway and hungry passengers with time on their hands at airports will find many new dining venues in the terminals at Los Angeles, Denver, Houston and elsewhere.

Here are a few new (and newish) ones to consider as you make your way to or from holiday gatherings.

Tom’s Urban Kitchen and Tivoli Brewery, a Colorado-based brew pub/restaurant, opened earlier this month at the Westin Denver International Airport hotel that sits just off the outdoor plaza at Denver International Airport. This is the first restaurant at Denver to have an on-site brewery, and its Jet Indian pale ale will be exclusive to the airport.

And at United Airlines’ Terminal E at Houston’s George Bush Intercontinental Airport, the Rockwell Group and OTG (the “order by table” company) is just about done with a terminal-wide retail and dining overhaul.

Of note are four restaurants (with bars) that opened in the past year.

The menu at Tanglewood Grille (by Gate E23) includes “Texas tavern specialties” such as grilled trout, carne asada, the All Day Burger (topped with a fried egg) and a Texas-sized Beerhall Pretzel that, with an accompanying dip, is a meal (for one or two) on its own.

The shiny Q stretches from Gate E2 to E9 and sits in a space that once housed a moving walkway. This authentic Texas barbecue inside the airport has on-site smokers operating around the clock and an open-flame grill for prepping barbecue standards such as brisket, ribs, pulled pork, chicken, turkey and sausage.

With its red lanterns, waving good-luck cats and mahjong-tiled bar, pan-Asian restaurant Yume is hard to miss (but easy to Instagram) by Gate E11. In addition to sushi, sashimi and dumplings, the menu includes rice bowls and ramen.

Newest on the scene is Gavi (Gate E14), an Italian al fresco-style restaurant with a menu that includes creative antipasti, fresh pizza and paninis, super-healthy salads, ancient-grain bowls, and classic Italian entrees such as spaghetti and meatballs, chicken, beef or shrimp spiedini, and shrimp fettuccine. All pasta is made on-site in the open kitchen (entertaining to watch) and for dessert the choice is tiramisu or cannoli. Or both. 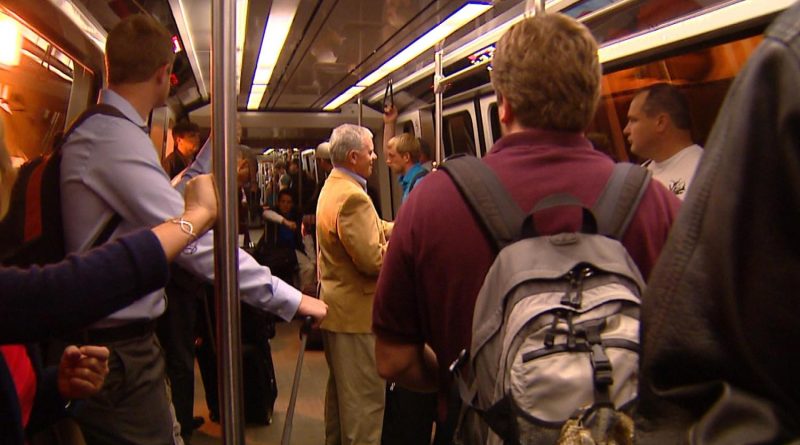