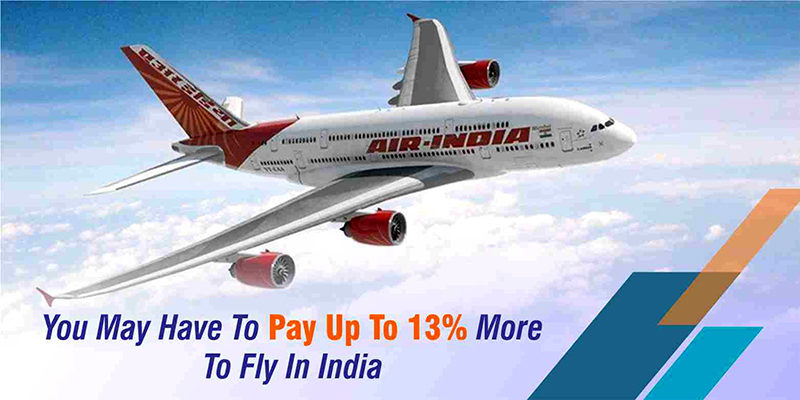 Travelers should get ready for a fare hike in 2018. Yes, you read it right! You may need to pay about 13 percent more on airfares due to rising fuel prices and an increase in the cost of operations due to the Goods and Services Tax.

After GST was introduced in July, the cost of operations for carriers has gone up 27 percent.

India’s aviation market is considered as one of the fastest growing in the world. Airlines like Indigo, SpiceJet, Jet Airways and Air India has contributed to its overall growth.

Ajay Singh; SpiceJet chairman stated that “There is a very high degree of pent-up demand. I think fares will probably go up. Cost is going up as fuel is going up and GST has added to cost.”

Airlines will seek to recover half of the increase in the cost of operations through higher fares, a senior executive of a legacy carrier said.

He also explained that with the rise in fuel prices by 16% along with the other cost took a rise by 7%, lead to this rise.

Talking about the fuel cost of Indigo airlines, the carrier spending accounted for 35 percent of its operating expenses in the three months ended September. Plus, Jet fuel prices have increased since August.

Coming to the prices in New Delhi, it went up by over 19 percent. This leads to a rise in fare from Rs 48,110 per kilolitre in August to Rs 57,460 per kilolitre in January. These figures are estimated by the Indian Oil website. Airlines also mentioned that the new levies under GST are set to add a burden of Rs 4,750 Crore per annum on them and this could ‘potentially wipe off the profits earned by airlines’.

As per the details of a low-cost carrier, the fares will increase after March.