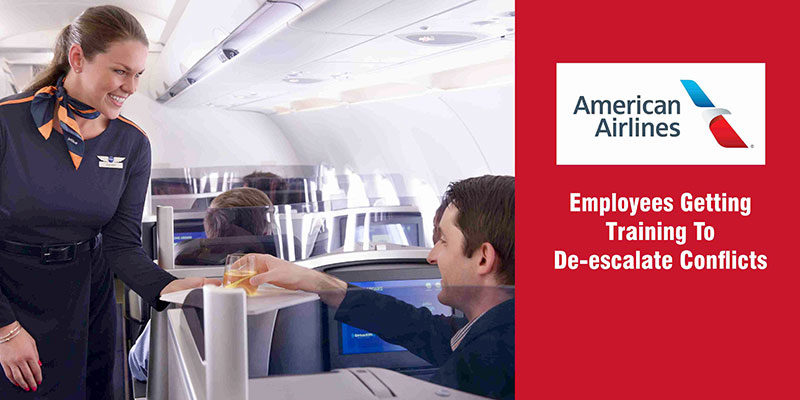 In the last few years, passengers have witnessed several airborne conflicts, arguments, and fights which become viral internet sensations within no time.

Suzanne Boda (American Airlines’ senior vice president for Los Angeles) stated that “It has changed the dynamics of what happens in our planes and at our gate areas.”

To minimize such more conditions, the Fort Worth-based carrier is requiring all flight attendants and employees who own the ability to deal with customers of various kinds. They must take the training on how to de-escalate conflicts with passengers. And this thing applies to about 65,000 American Airlines employees.

From a number of months, discussions were there for such an addition in the airlines. But after a feud broke out between a flight attendant and a passenger over a baby stroller in April, it takes place in actual.

As per the statement of an industry trade group, there are fewer such incidents reported on the planes in 2016 but the sharing of these incidents was too big that problems, like fighting or threatening passengers and crew members, attract everyone’s attention.

For now, it has been decided that the training at American Airlines has begun last summer and will continue for several more months.