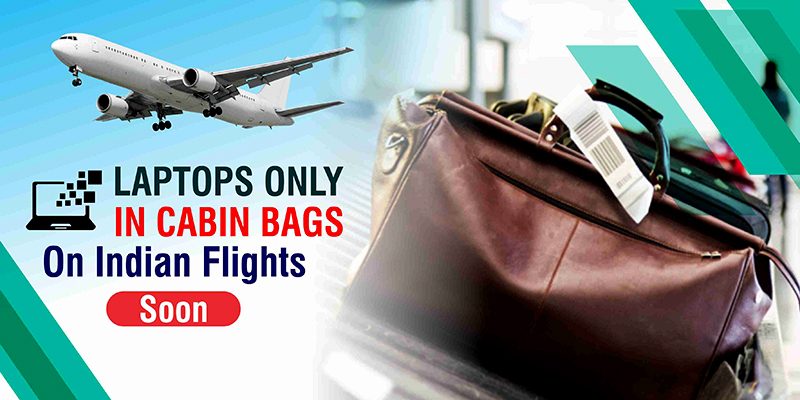 New Delhi: The restrictions on the carrying of electronic devices like laptops while flying is not a new thing. Now, like most of the international carriers, Indian airlines have begun ‘recommending’ that PEDs like phones and laptops be carried in handbags only.

As per this, the travelers will be asked if there are laptops in check-in bags and if they do so, then they are told to transfer them to handbags.

This initiative has been taken in order to minimize the fire-related accidents on board as it is easier to control the situation when the bag is in the cabin instead of letting the fire go undetected in the cargo.

On this, the Vistara spokesperson has stated that “Power banks are not permitted in checked-in baggage, and it is recommended that laptops and mobile phones also always be carried in hand baggage.”

Recently, Jet Airways has declared that it will prohibit passengers from carrying smart luggage by following the direction of the global airline grouping IATA.

There can be seen the same statements from the other airlines too but they have not done so. Currently, the UN’s International Civil Aviation Organization; ICAO is examining whether these electronics will be dangerous to carry in the checked baggage or not.

As per the test results of the American Federal Aviation Administration, it is concluded that the in PED kept in cargo hold “could lead to loss of aircraft”. Indian authorities will have to follow the same rules that the ICAO, IATA or FAA will make about carriage of PEDs like laptops in check-in bags.