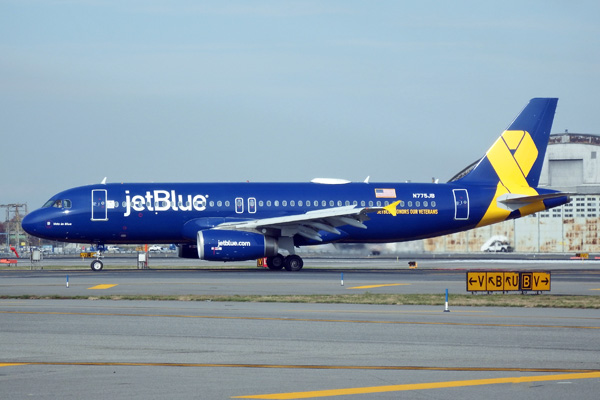 There is some good news for the JetBlue frequent passengers as the airline is ready to expand its services in Atlanta by announcing three new routes. This also doubles the number of daily flights.

As per the sources, all the three routes will probably begin from 8th of March. The new Atlanta routes of JetBlue will be to its bases at New York JFK, Orlando, and Fort Lauderdale.

The services to New York and Fort Lauderdale will be twice in a day and to Orlando, it will be once in a day.

Marty St. George (JetBlue’s executive vice president commercial and planning) stated that “We are excited to bring our award-winning service and low fares to even more markets from Atlanta.”

JetBlue has expanded its services just within four months after it began flying to the city for the first time in nearly 13 years.

With this new addition, JetBlue will give a head-to-head competition with Delta in that airline’s hometown market as of now, Delta is the most dominant carrier there.

Along with New York and Boston, JetBlue and Delta have battled in several other markets. Plus both the airlines also share the numerous non-stop routes from both JFK and Boston Logan airports.

JetBlue has also added new service between New York LaGuardia and Boston. Hence, JetBlue’s latest expansion was not a surprise but the airline has mentioned that it struggled to secure the types of gates it needed to do so.

On the same, JetBlue has complained about the issue in a March letter to the Federal Aviation Administration.

As for the JetBlue’s latest routes, Atlanta tells the Journal-Constitution that there will be gates for the new service. It is planned to begin this year rather than in next year; 2018 because of the gate spat.

As per the statement to a paper by Reese McCranie (Atlanta airport spokesman), “There’s no real gate space issue and we will have gates for all of their new flights.”